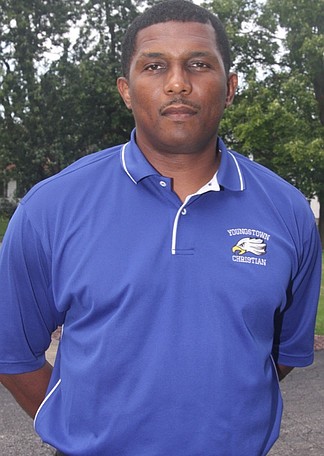 Head coach Brian Marrow hopes the adage about football being won in the trenches holds true for his team. One of the Eagles’ biggest strengths is its offensive and defensive lines, Marrow said. The team will return seven offensive linemen, including two lettermen, and the defense will feature the same number of returners up front. The defense also has six returning letterwinners, including safety Anthony Abeid and cornerback Kristopher Lewis in the defensive backfield.

"Offensive and defensive lines will be a strength. Overall youth and inexperience will be a weakness. The team will return six starters, lost quarterback John Pecchia."
Brian Marrow, coach