Travis Molnar scored twice and finished with 115 yards on 25 carries.

Western Reserve had two TDs called back on penalties. 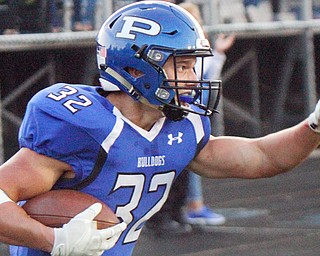 Poland's Jake Rutana(32)reacts after scoring during 9-28-18 action at Poland.

The Tigers are getting new turf at Richard Lombardo Stadium.

McDonald looking at season of transition

Ten of the 12 graduating seniors were three-year starters, leaving the cupboard extremely bare in terms of varsity experience.

Rebels’ independent days are over

Jackson-Milton seeks return to the postseason.

Eleven Cleveland-area high school football players were victims of hazing at a camp in June, including four who were sexually assaulted by teammates, court records show.

Coach Randy Clark is cautiously optimistic about the Warriors.

Struthers to model play on the Belichick way

Struthers got the big name and now the Wildcats have to live up to it.

The Tigers are a combined 26-7 over the last three years. 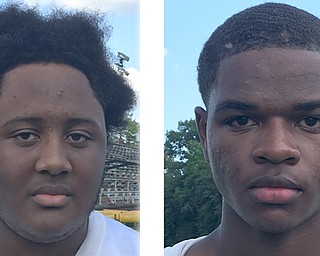 Warren Harris, left, and Tyrone Lindsey are expected to be among several key players for the Valley Christian football team this fall.