Opinion: Mahoning Valley Congressman James A. Traficant Jr. was riding high. His election victories were landslides; most area politicians feared him; his national reputation kept growing because of his profane (rather than profound) one-minute speeches on the floor of the House; and his war with The Vindicator was reaching new heights. 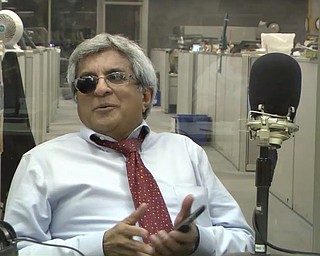 Opinion: The tiger is dead, and I can now get off. It has been a hellish ride for 34 years – just as the late

Opinion: Editor’s Note: As the days dwindle down to the Aug. 31 closing of The Vindicator, this writer has

Opinion: When self-made billionaire Michael Bloomberg of New York decided not to run for president in 2020,

Opinion: More than 30 years ago, one of the leading criminal lawyers in the Mahoning Valley came up with a brazen proposal regarding the criminal justice system: Get rid of all the courts in Mahoning County below the Common Pleas level and create a metropolitan court featuring seven full-time judgeships.

Opinion: When did General Motors first decide to end production of the highly successful Chevrolet Cruze and

Opinion: Hey, Jackie Adair, “troll” this. Or better yet, let’s play a kid’s game – something you and your