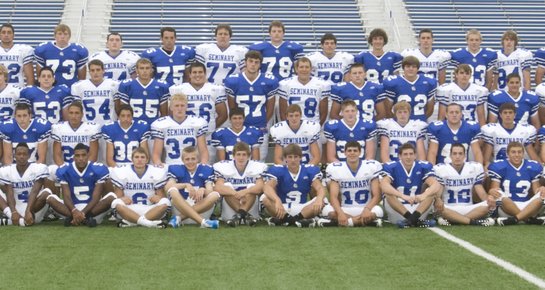 There is a lot of optimism in Poland after the Bulldogs’ impressive 2009 campaign. And after a 10-3 effort, head coach Mark Brungard is hoping for bigger and better things for the 2010 version. But the Bulldogs will be without five key players from last year, including the do-it-all Luke Wollet, due to graduation. Brungard said the team’s overall inexperience could be the biggest weakness moving forward, but he is intent on working with the guys who are present. One of those is junior quarterback Colin Reardon. Reardon was the main cog in the Bulldog machine last year, throwing for 1,500 yards and a dozen scores. A speedy wide receiver corps and the steady arm of Reardon should be a team strength, Brungard said. Luckily for Reardon, three-fifths of the wall in front of him will return. Offensive tackles Nick Sebastian and George Dibo will man the outsides, and Dave Bobby will man the center position. Those three don’t give up much on the size front either. Bobby, a senior, stands at 6-foot-2 and 240 pounds. But he is dwarfed compared to classmate Sebastian (5-11, 260) and junior Dibo (6-0, 270).