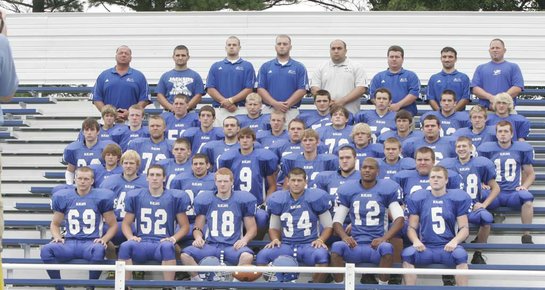 After starting last season with two straight victories, reality set in quickly for the Bluejays with a 60-0 loss to United in Week 3. But they grew more competitive each week — even in the midst of a five-game losing streak — and with 34 letterwinners back, Jackson-Milton could be one of the biggest surprises of the 2009 season. Senior Wilbur Wilson, who rushed for 963 yards last year, leads a bevy of talented and experienced skill pplayers, while three-year letterwinner Anthony Tomaino anchors what should be a good (if undersized) line. Jackson-Milton returns seven starters on offense and eight on defense, including junior DT Matt Vickers and Wilson, who both had more than 40 tackles last year. On paper, the Bluejays look ready to to take the next step but that potential needs to translate to the field.