No sale, no visit

US extends ban on passports for North Korea travel 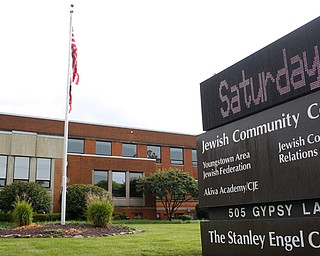 James P. Reardon Jr. faces telecommunications harassment and aggravated menacing charges after authorities say he made a threat on Instagram that tagged the Jewish Community Center of Youngstown.

An agreement has been reached for the Tribune Chronicle to acquire The Vindicator’s subscription list, masthead and the Vindy.com domain, Mark Brown, general manager of The Vindicator announced Friday.

Secretary of State Mike Pompeo and other administration officials plan to brief President Donald Trump Friday on the state of peace negotiations in Afghanistan, a U.S. official said. 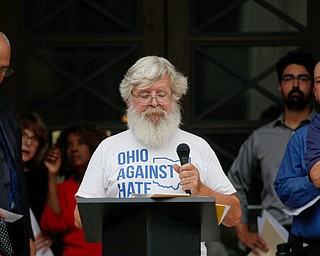 Jim Converse of Common Wealth Inc. speaks at a vigil Thursday on the steps of the Mahoning County Courthouse for the shooting victims in El Paso, Texas, and Dayton.

Man who fell 15 feet says his dog saved his life

Hong Kong police: not aware of any military plans by China