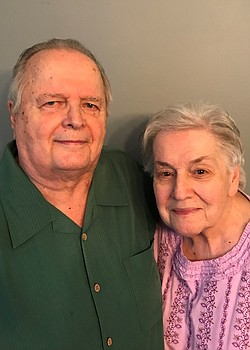 Mr. Blasko married the former Pat Zelonish on May 16, 1959, at St. Brendan Church in Youngstown.

Mrs. Blasko worked for Ohio Bell until 1960 and is a homemaker.

Her husband worked for Youngstown Modern Tile, Wean United and RL Best, from which he retired in 1998. Mr. Blasko also served in the U.S. Army in Korea.