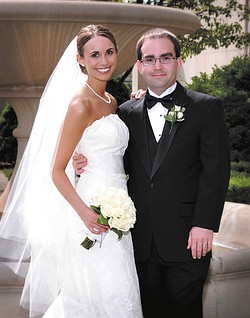 Parents of the couple are Richard and Jennifer Antonucci and William and Donna Kempe, all of Boardman.

The newlyweds were honored at a reception at The Lake Club in Poland. They honeymooned in Ireland, England and France and live in Canfield.

Mrs. Kempe earned a bachelor’s degree in science from St. Mary College, Notre Dame, Ind. She is a clinical coordinator and registered nurse at Akron Children’s Hospital in Boardman.

Dr. Kempe received a bachelor’s degree in science from John Carroll University. He is a physician in inpatient medical services at St. Elizabeth Health Center in Boardman.