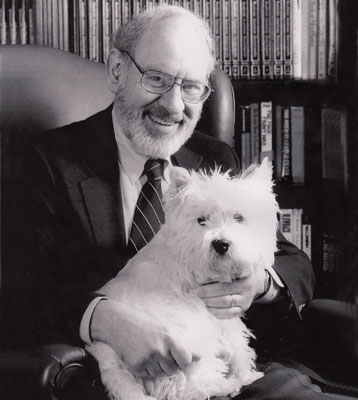 Saul is survived by his wife, Nancy; his children, Jonathan Friedman (wife Leslie Rylke) Dr. Molly Friedman and Jason (Nicole) Friedman; and grandchildren, Maya and Tess Rylke-Friedman, Rebekkah Verdun and Noah and Liam Friedman. He is also survived by his sister, Rosalind Black.

He was preceded in death by his parents, Albert and Rebecca Friedman; brothers, Norman, Earl, Sheldon, Harvey and Kendall; and sisters, Jeanne, Phyllis and Racquelle.

Born on March 8, 1937, in Uniontown, Pa., Saul graduated from Berea High School in 1955 and he went on to graduate as valedictorian from Kent State University in 1959. He received his M.A. and Ph.D. in History from Ohio State University and in 1969, he became a professor in the history department at Youngstown State University, retiring in 2006. He was an internationally recognized scholar in the field of Holocaust studies, publishing 12 books. In the late 1980s, he turned to documentary film making and five of these production won regional Emmy Awards.

Saul served as a leader in the Youngstown chapter of the Zionist Organization of American and a trustee for the Lillian Schermer Charitable Foundation. He was also instrumental in the dedication of a Holocaust Memorial at the Youngstown Jewish Community Center. Over the course of his career, he received six distinguished professorships, the Guardian of the Menorah Award from B’Nai B’rith, the Triumphant Spirit Award from the Youngstown Jewish Community Relations Council and the Ohio Humanities Council’s Richard Bjornson Lifetime Achievement Award for Service to the Humanities. The culmination of his work came in 2000, when he received an endowment from the Clayman Family of Youngstown to establish a Judaic Studies program at YSU.

A special thanks to the caretakers of Home Instead and Odyssey Hospice.

Funeral services will be at 11 a.m. on Thursday, April 4, 2013, at the Shriver-Allison-Courtley-Weller-King Funeral Home, 292 Madison Ave. in Youngstown.

Friends may call one half hour prior to the service at the funeral home.

In lieu of flowers, please make donations to the National Parkinsons Foundation at http://www.parkinson.org or to the YSU Judaic Studies program.

“What a wonderful picture of Winston and Saul! My heartfelt sympathy to his loving family.”

“What a wonderful picture of Winston and Saul. Heartfelt sympathy to his loving family.”

“Dr. Friedman was my absolute favorite professor at YSU. I could listen to his lectures all day. His retelling of history brought me to tears. He ignited a love of history that i never had prior. I felt as if I were there. He will be sadly missed. God bless his family and friends. Class of 1999. ”

“Saul Friedman was a man of passion. I was honored to learn from Saul as a professor, to observe his devotion as a husband, father and grandfather, and to know him as a friend. My life is richer because of knowing him. With tears in my eyes, I extend my deepest sympathy to his wonderful family. Class of 1986.”

“A wonderful man and teacher. He was my all time favorite of any I had in college. He made you laugh every class and eager to learn. It was like reading a novel that you just had to read the next page and you didn't want to put down. I am grateful I got to know him. His soul is with God and may God be with those he loved.”

“Dr.Friedman's son Jonathan is a friend and professor of mine at West Chester Univ. in PA. He spoke at our Holocaust Remembrance celebration and was warmly received and appreciated. He will be missed.”

“Dr. Friedman was indeed the most awesome professor I ever had. I took many courses with him -- I learned a great deal about WWII and the Holocaust thanks to him. I even had him for a class in Islamic History. That was actually king of comical -- no bias there . The muslim students in the class tried in vain to challenge him and they were no match for him. He knew the Koran better than they did and shut them down. Seriously though, he was a brilliant man and I am a better person today thanks to him.”

“I will always cherish my memories of Mr.Friedman and Sandburg Dr. May God bless the Friedman family for thier loss. ”

“Dr. Friedman was the best, learned about the world, people and human nature. I will never forget Poland 2002, nor you Doc. thank you for everything! We will meet again. Thoughts and prayers for the family. class of 2000”

“Dr. Friedman inspired me more than any other educator in my life. He encouraged me to pursue graduate school in history after taking five undergraduate classes with him. Because of Dr. Friedman I earned an M.A. and have been teaching secondary history for the past nine years. I will truly miss Dr. Friedman, and always remember his excellent lessons as I continue to impart his knowledge with the youths that I teach; and of course, always remember how enjoyable he made learning because of his knowledge, compassion, and humor. May God bless the Friedman family. Class of 1993.”

“Dr. Friedman was an excellent professor. I always looked forward to his classes. He had a way of imparting knowledge so that it stuck with you. I extend my deepest sympathies to his family and friends. Class of 1982, 1984”

“Dr. Friedman was an inspiration to all his students. "The Holocaust", "Jewish History," and "Mid Eastern Civ"...these are classes I will never ever forget. He was one of the best! Any organization is only as good as the people who comprise it, and when I think of YSU, Dr. Friedman is one of the people that will always be in my heart and mind. YSU History, '97. ”

“It is with deep sorrow that I read of the passing of Dr. Friedman. He was a great educator and a true mensch. As a teenager, I learned about the holocaust as Dr. Friedman sat at our dining room table interviewing my parents and uncle for a book he was writing, "AMCHA: An Oral Testament of the Holocaust". Later, I sat in his classes and was held spellbound my his mastery of facts. I will never forget the conversations we had after class, walking back to his office. The best were the discussions about his beloved Cleveland Browns! My heartfelt condolences to his family. YSU Class of 1980.”

“I learned late in 2014 about the passing of Dr. Saul Friedman. I send my sincere condolences to the family especially to his son Jonathan. Eternal Memory”