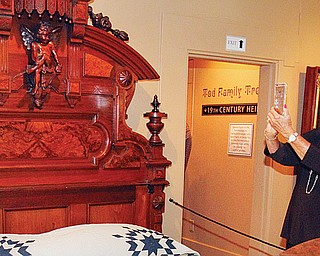 Tiki Fiffick, the great-great-granddaughter of Gov. David Tod, takes a photo of a bedroom set made during the 1870s and used in Gov. Tod’s home. The furniture is part of the new “Tod Family Treasures” exhibit at the Arms Family Museum.

Staff report Akron Single tickets for the 2019-20 Broadway in Akron are now on sale at the E.J.

Do it Again: Steely Dan tour heading to the amp

IF YOU GO What: Steely Dan in concert When: 8 p.m. Tuesday Where: Youngstown Foundation

By GUY D’ASTOLFO dastolfo@vindy.com YOUNGSTOWN A local filmmaker is seeking photos and videos 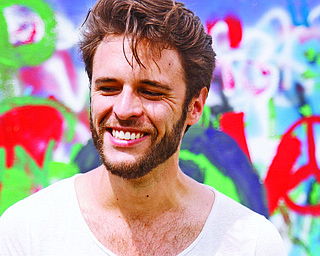 Eicher, RWB lead a strong lineup for a ... Songfest showcase

JD Eicher, above and his band, Red Wanting Blue, Paul Pfau, who had a successful stint on TV’s “The Voice” a few years ago, and the Latin-tinged rockers the Labra Brothers will perform at JD’s Summer Songfest.

AUDITIONS ACTORS “A Grand Night for Singing,” revue by Rodgers and Hammerstein. Directed by Pat

The Vindys have made a name for themselves

I always remember the first time I became aware of The Vindys. It was a random night at least five