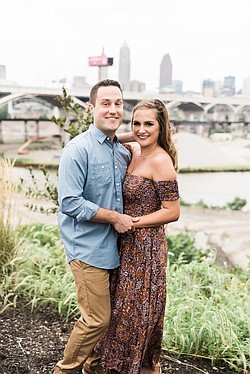 St. Stanislaus Church in Cleveland has been chosen as the setting for the 2 p.m. June 29 open wedding of Alyssa Phillips and John Mock, both of Cleveland, whose engagement is being announced by the bride-elect’s grandmother, Phyllis Koker of Youngstown. Brenda Phillips of Austintown is the bride-elect’s mother. Kathy and Tom Mock, also of Austintown, are the prospective groom’s parents.

An evening reception by invitation will take place at Windows on the River in Cleveland.