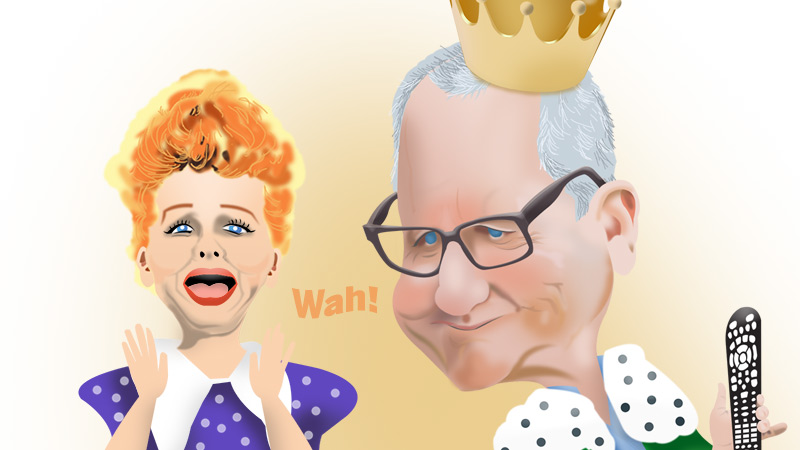 Ed O’Neill is on the verge of making television history.

This week, the actor will break the record for starring in the most episodes of a network sitcom.

Currently, O’Neill is tied with Lucille Ball at 493. He’ll surpass her Wednesday evening when “Modern Family” airs on ABC.

O’Neill, who grew up in Youngstown and attended Youngstown State University, plays the role of family patriarch Jay Pritchett on the hit show, which will begin its 11th and final season in the fall.

The character often injects a down-to-earth dose of reality to the craziness swirling around him.

That’s kind of how O’Neill reacted to the news of his impending milestone.

In a phone interview last week, O’Neill was as grounded and realistic as could be. He wasn’t even aware he was so close to setting the record.

“I didn’t know this,” he said, surprised that anyone was keeping track of such a statistic.

O’Neill, 73, grew up on Youngstown’s North Side and graduated from Ursuline High School.

He was a defensive lineman for the YSU football team, and also acted at the university theater. After his very brief stint with the Pittsburgh Steelers ended with his being cut during training camp, O’Neill did some acting at the Youngstown Playhouse.

He moved to New York in 1977 to pursue acting, and his career took off in 1987 when he landed the lead role of Al Bundy in “Married ... With Children.” The raw Fox sitcom was a hit, running for 11 seasons and putting the then-fledgling network on the map.

O’Neill starred in all 262 episodes of “Married.” He will appear in his 232nd episode of “Modern Family” on Wednesday, which will be the season 10 finale.

Which show was easier for O’Neill?

“Modern Family,” he said, and it’s not even close.

“It’s more of a breeze, less work,” said O’Neill of his current show. “Married” focused solely on the Bundy family in general, and O’Neill’s character in particular, so he did most of the heavy lifting.

That’s not the case with “Modern Family.”

“I was the only actor in ‘Married’ who was in every episode,” said. O’Neill. “I enjoyed being the guy who drives the show and sets the pace. But I actually like ‘Modern Family’ even more. I can be more reactive as an actor. My character is underplayed, not over the top like Al Bundy.”

The fact that “Modern Family” is really about three families has kept burnout from setting in among the cast and writers.

Known for its witty and layered dialog, “Modern Family” has maintained its sparkle even after a full decade.

“We’ve been very lucky to have three families that are related but are separate,” said O’Neill. “We’re not together all of the time. It’s three stories in one every week.”

The style of “Modern Family” is also vastly different that that of “Married.”

“We don’t tell jokes,” said O’Neill. “It’s weighted in story, not the three-beat set-up and then the laugh, which is a common sitcom tool. If you can tell a story and be amusing without trying to be amusing, that has more legs to it.”

O’Neill has spent the bulk of his adult life on the set of TV shows, but he didn’t grow up parked in front of the small screen.

“When I was growing up, we didn’t even have a TV,” he said. “The first TV I ever saw was one day back in probably 1952. I was walking with my father in Youngstown – I think we were downtown – and we saw a television in a store window. It was black and white, and it was showing a football game. Notre Dame was playing Army and we couldn’t believe our eyes because we were fans. It was snowing, and it was fuzzy and a muddy game.”

O’Neill will spend the early summer working on “Swing Shift,” a slice-of-life film with a modest budget that is being shot in Illinois.

In August, he’ll reconnect with the “Modern Family” team to begin shooting the final 22 episodes, which will air during the 2019-20 season.

When “Modern Family” ends its run at roughly this time next year, O’Neill’s count of comedy episodes will stand at an amazing 516 – which is nothing to laugh about.