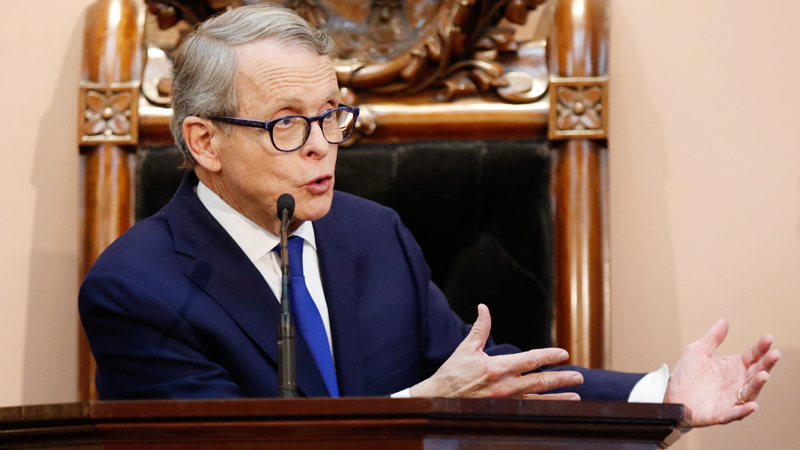 In his first State of the State address, Gov. Mike DeWine spoke about investing in children, workers, infrastructure and water resources, but didn’t make a single mention about the Lordstown General Motors plant that is set to close.

DeWine, a Republican, spoke Tuesday for about 45 minutes in front of a joint session of the state Legislature.

But it’s what he didn’t say that attracted attention from the Mahoning Valley delegation.

“I wish he would have addressed the severity of the GM closing in our area,” said Lepore-Hagan of Youngstown, D-58th. “It reverberates across the state. It affects so many people. I’m encouraged by his statements on early childhood education and distressed communities. But I was disappointed he didn’t address GM.”

State Rep. Michael O’Brien of Warren, D-64th, said he “was very disappointed that the governor never uttered a single word about General Motors. He never discussed the loss of manufacturing jobs in the Mahoning Valley or his goal to attract a company to replace those lost jobs. He never uttered ‘General Motors’ and that was very disappointing. It would have been the perfect opportunity and he chose to go down a different path.”

When asked to comment about DeWine not mentioning Lordstown, Dan Tierney, his spokesman, said, “Gov. DeWine’s speech [Tuesday] outlined guiding principles and his vision for all Ohioans. His focus [Tuesday] on his long-term strategy for Ohio does not lessen his ongoing concern for the workers at the Lordstown facility. Gov. DeWine’s administration remains actively engaged, through JobsOhio, in working towards a more positive outcome for the facility.”

State Sen. Sean O’Brien of Bazetta, D-32nd, said: “I wish [DeWine] would have mentioned [GM]. He needs to let people know it’s at the forefront. It’s too important of a facility to not be mentioned.”

But O’Brien said he’s had private discussions with DeWine about the plant.

“He’s willing to use state resources to get another product in there or a whole new industry in there,” O’Brien said. “Our focus is getting GM to commit to another line there.”

O’Brien also praised DeWine for raising issues – such as infrastructure improvements, addressing lead paint and the opioid crisis, and helping local governments – that Democrats have been talking about for years.

State Rep. Don Manning of New Middletown, R-59th, said: “I kind of expected him to [mention Lordstown GM], and I wish he would have. He’s made his position clear that he wants to help, but I’m surprised he didn’t mention it.”

During Tuesday’s address, DeWine also pushed lawmakers for an increase in the state’s gas tax to fix Ohio’s roads and bridges.

DeWine referred to his 18-cent tax increase – from 28 cents to 46 cents a gallon – as a “minimalist approach.”

Manning, who’s in the Republican majority, said: “I’ve never supported a tax increase. On this one, I’m going to remain undecided until I see what comes out of” the House.