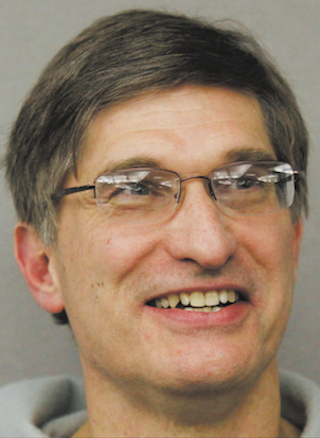 After one of their worst starts in 10 USHL seasons, the Youngstown Phantoms are right in the thick of the chase for home-ice advantage for the first round of the Clark Cup Playoffs.

Chad Veltri, the fifth goaltender to start a regular-season game for the Phantoms this season, is sizzling, with three shutouts in his past four starts.

It’s not easy to determine which was more impressive — the two he earned on the road on Feb. 23-24 at Des Moines and Central Illinois (both by 3-0 scores) or Sunday’s 2-0 win against the first-place Muskegon Lumberjacks (35-12-2-1, 73 points) at the Covelli Centre.

Veltri, who grew up in the Pittsburgh suburb of Fox Chapel, stopped 31 shots to improve to 8-5-1 with the Phantoms.

“He’s been the backbone of our team,” Phantoms captain Craig Needham said. “At the beginning of the year, we had a few question marks with goalies and he’s come in and taken full control.

“He’s really put the team on his back.”

Veltri said Matt DeMelis’ empty-net goal to secure the win produced “the biggest sigh of relief. Two minutes [to go, I] started to get a bit nervous.”

With good reason. The Lumberjacks have been dominant, opening the season with eight consecutive wins.

Veltri started the season with the Sioux Falls Stampede, going 4-2-2 in the 10 games he played. In December, he was released.

Veltri was thrilled to find a new home not far from his hometown.

“I was so happy, I feel much more comfortable here,” the 20-year-old Niagara commit said. “I’ve known this place since I was younger and had practiced with the team before.

“I’ve just found my confidence here, I like it here so much,” Veltri said.

Once Veltri arrived, the Phantoms traded Jon Mor, the goalie who had most of team’s starts until injuring his leg in November, to the Omaha Lancers. The trade has worked out for Mor, who is 5-2-1 with the Lancers after going 4-6-1 with the Phantoms.

The Phantoms’ other goalie is Christian Stoever, who was acquired in a late October trade with the Cedar Rapids Roughriders. Stoever is 11-4-2 since coming to Youngstown.

Since Christmas, the Phantoms (25-18-1-4, 55 points) have been consistently producing points in the standings. They’ve only lost back-to-back games twice, going 15-7-2.

Muskegon is running away with the Eastern Conference. The Phantoms are in fourth place, three points behind Cedar Rapids and six behind Chicago.

Sunday’s win gives them a four-point cushion on fifth-place Dubuque. Team USA is in sixth with 49 points, but has four extra games to play. Team USA uses two squads for USHL games.

The two teams in each conference get first-round byes. Teams three and four get home ice for the first-round series against the fifth- and sixth-place squads.

The Phantoms and Lumberjacks split the weekend series, with Muskegon winning Saturday’s game 4-3 in a shootout.

“It’s just good to know we can compete with the top,” Needham said. “Those are the type of games we’re going to play in the playoffs.

“That was a big deal to hold that lead at the end [of Sunday’s game].” Needham said. ”It was a big three-point weekend for us.”

Of the Phantoms’ 14 remaining regular-season games, six will be against Team USA. The 18 squad, which includes Jack Hughes who is likely to be the first player selected in June’s NHL Draft, will play here on March 27 and 31.

The Phantoms have seven home games remaining, including Saturday and Sunday against the Green Bay Gamblers.

Tom Williams is a sportswriter at The Vindicator. Write him at williams@vindy.com and follow him on Twitter, @Williams_Vindy.