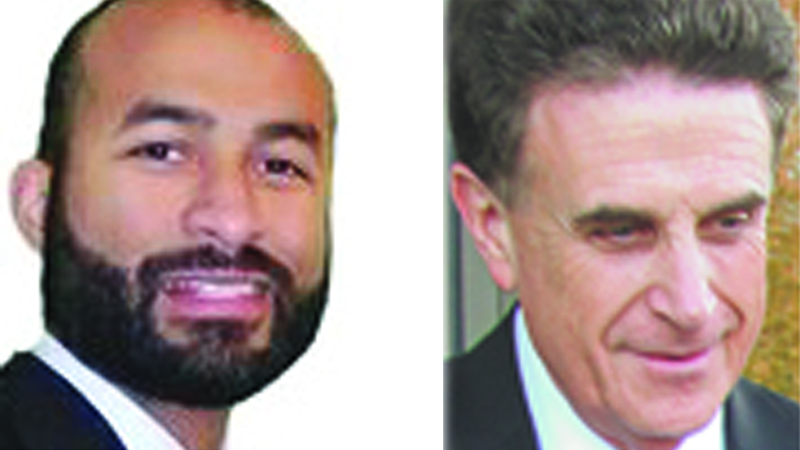 Dario Hunter, a candidate for the 2020 Green Party presidential nomination who was recently fired as a rabbi at Ohev Tzedek-Shaarei Torah, said he is “shocked and saddened” by a “homophobic and anti-Muslim statement” by Bruce Zoldan, one of the temple’s most well-known members.

In a chain email to Hunter and a number of the temple’s members, Zoldan, CEO of Phantom Fireworks, wrote: “I will finance [Hunter] if he promises to open and manage a gay bar for former Muslims with Jewish beliefs in Ramallah.”

“I am openly gay and was born to an Iranian Muslim father; these are things of which I am proud,” Hunter said. “Although I am a practicing Jew, I have a deep respect for the religion of my father’s upbringing. Gay, straight, black, white, Muslim, Jew or Christian, all human beings deserve respect.”

Zoldan said the email was an “inartful attempt to employ humor to point out” Hunter’s hypocrisy.

Hunter said he was “dismayed” to “witness such hatred in a community that is supposed to be built on faith and love,” and called Zoldan’s comment “bigoted.”

He also said: “I encourage anyone who disagrees with homophobia and bigotry to boycott the products of Phantom Fireworks.”

Hunter, a Youngstown school board member, was terminated from his part-time rabbi position Wednesday.

The reason for his firing is in dispute.

Hunter said he was let go from the position because of statements he made about Israel’s treatment of Palestinians to cleveland.com.

Hunter criticized what he called “Israel’s human rights abuses,” and urged the United States to stop providing aid to Israel for its “horribly atrocious” treatment of Palestinians.

Mark Huberman, past temple board president and a long-time board member, said the board let Hunter go because of his decision to pursue a national political campaign.

Zoldan told The Vindicator he apologized “for any misunderstanding” about the email.

Zoldan called it “my inartful attempt to point out [Hunter’s] hypocrisy in helping to raise money for Israel through [his] sermons” and then for his “own political purposes expressing support for those who would punish Israel with economic sanctions.”

He added that he was “certainly not apologizing to” Hunter for despising “all governments that discriminate against misogynistic, homophobic or any religions. I’m apologizing for trying to use humor to tell him he needs to speak out against human rights on all sides, not just one for political purposes.”

Zoldan said: “Any opinions about Rabbi Hunter or anyone else I express will not use humor, but will be direct and to the point.”

Hunter joined the Green Party last year. He unsuccessfully ran in 2015 for Youngstown council’s 6th Ward seat in the Democratic primary. Later that year, he won a write-in campaign for the Youngstown school board. He lost an independent bid in 2017 for Youngstown clerk of courts.