Horn-driven hits of Chicago at the Amp 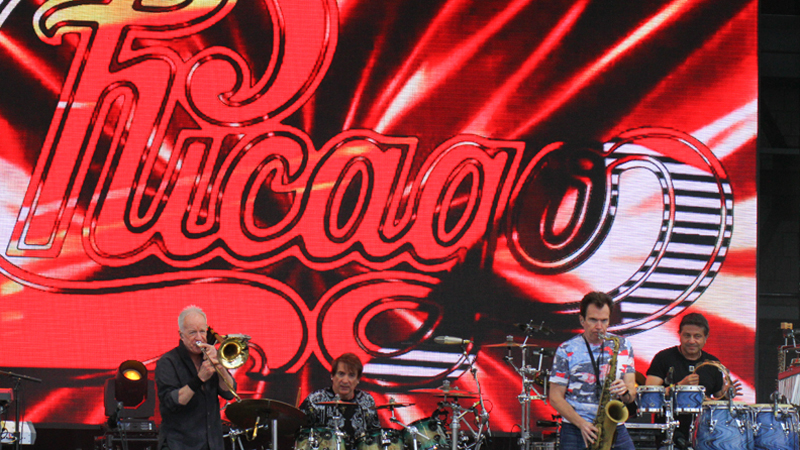 Chicago hit the Youngstown Foundation Amphitheatre with its hits on Friday night.

The classic rock act with a full roster of horn-driven tunes returned to the Youngstown area — this time for a night of outdoor music and entertainment.

Chicago is one of the longest-running and most successful rock bands in history. The band was inducted into the Rock and Roll Hall of Fame in 2016.

Originally known as The Chicago Transit Authority, the group has produced dozens of major-label top songs since the act premiered in 1967, including “25 or 6 to 4,” “Does Anybody Really Know What Time It Is?,” “Feelin’ Stronger Every Day,” “Saturday in the Park,” “You’re the Inspiration,” and “Beginnings.” Chicago has released 36 albums, of which an impressive 25 have been certified platinum.

Jim Horvath of Lake Milton said the music is infamous.

“We’re excited we have local arts,” said Julie Piersant of Lake Milton. “We are here to support the local arts.”

Some show-goers commented on the scenery of the newly-opened downtown amphitheater.

Denny Beck of Liberty, first-time amphitheater visitor, said he was curious to see how the show goes because he’ll be returning next week.

“I’ll be seeing Earth, Wind and Fire,” he said.

And Caleb Frazier of New Castle, Pa. was checking out the amphitheater for his first concert ever.

“I’m pretty glad to be here,” he said. “I get to meet the band after. But all the credit goes to my dad. If he wouldn’t have married my mom I would’ve never heard of the band Chicago.”

Caleb’s father David Laritz, also of New Castle, said simply: “It’s great Youngstown has something that attracts people so beautiful as this.”