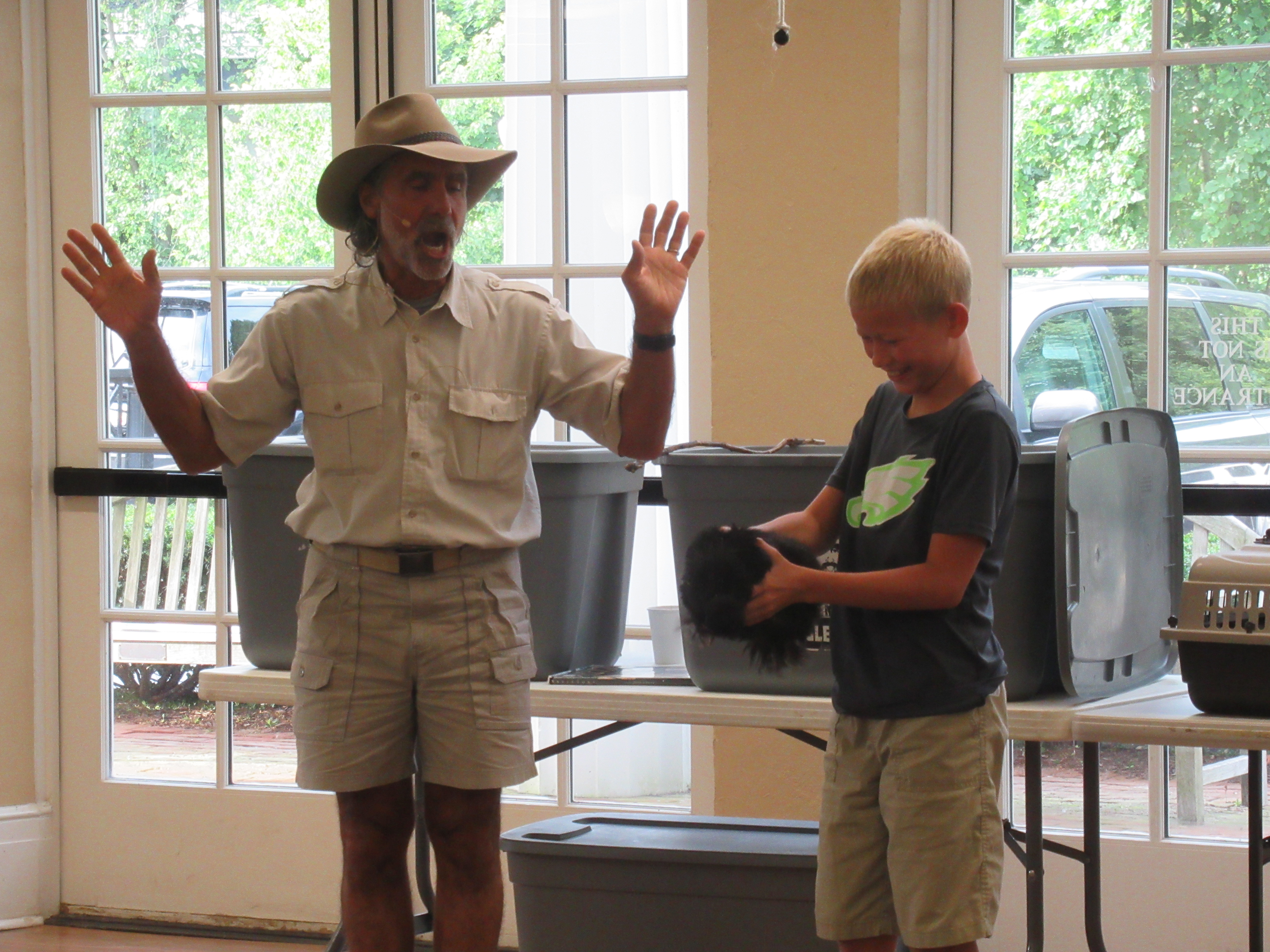 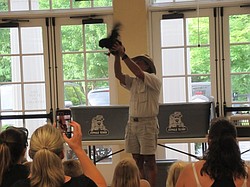 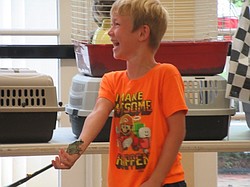 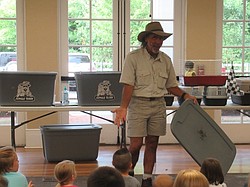 Neighbors | Jessica Harker .Jungle Terry demonstrated how a tree frog can stick to almost any surface during his show at the Poland library July 16. 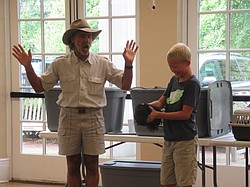 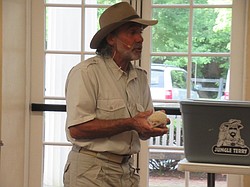 More than 70 children and their families gathered at the library for the performance.

Terry said that it was a special show, premiering his newest animal an albino hedgehog.

“We just got this cutie three days ago,” Terry said. “But she already loved to be around people.”

Throughout the show, Terry brought out a number of his exotic pets to show the community members gathered.

Terry brought a Chinese silky chicken from Asia, a tree frog from Australia, an albino skunk from North American and many more.

As he brought out each of the animals, Terry told the children facts about the animals natural habitats and mannerisms.

He explained how skunks use their claws to dig for bugs to eat, and how tree frogs feel slimy because they use their bodies to cling to trees.

Terry also brought up volunteers from the audience to hold certain animals.

He allowed everyone who wanted to pet his pet turtle and snake as well.

This is the second program in the Mahoning County library system Jungle Terry has performed this year.

For more information on his show, find him online at www.jungleterryandfriends.com.