One last look back on Valley arts and entertainment 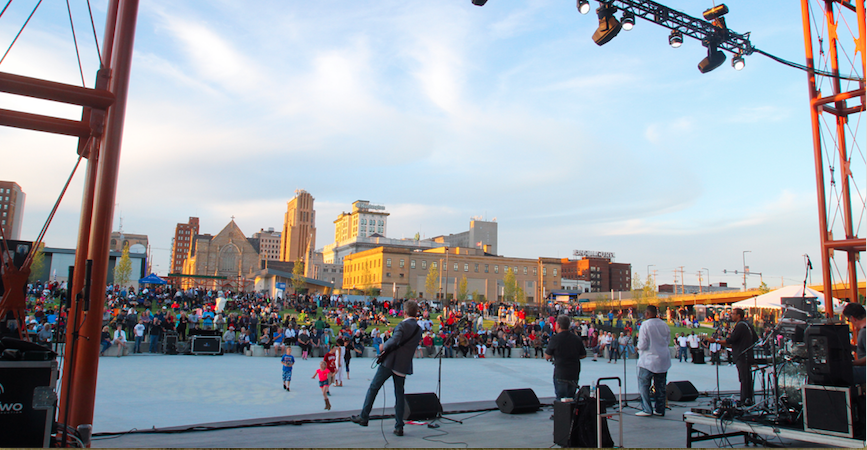 At the end of every year, I take stock of the Mahoning Valley’s arts and entertainment scene, rehashing the major stories and best performances.

It’s a tradition for newspapers – one that is in jeopardy as newspapers continue to blink out.

We’re only half way through 2019. But because The Vindicator will cease publication Aug. 31, the best I can do is look back on the first six months of this year.

Here’s one final look at the year (or half-year) that was.

Biggest story: By far, the biggest story of the year – maybe the decade – is the opening of the Youngstown Foundation Amphitheatre.

It’s proven to be everything we hoped it would be as a concert facility, and as a people-magnet for the downtown area.

Part two of the story will begin next month when the amp’s community alley – a place for gatherings and festivals – opens under the Market Street Bridge.

Most important concert: The May 20 concert by Slayer at Covelli Centre was part of the legendary metal band’s global farewell tour. The band’s signature speed metal style was as brutal as ever, and there was an air of mutual appreciation in the arena.

Other noteworthy concerts so far this year include Shinedown, Toby Mac, Kane Brown and John Mellencamp.

Happy birthday: The Butler Institute of American Art – the region’s premier arts attraction – is marking its 100th anniversary this year. To celebrate, the Youngstown Symphony Orchestra will perform “Impressions at the Butler” – a suite of music inspired by the museum’s prized artworks – on July 27 in the Butler North building.

Messy divorce: Meanwhile, things aren’t so jolly at the Butler’s Trumbull branch in Howland, which announced last month that it will be severing its ties with the museum. The rift is over the Butler board’s decision to reverse course on a plan to acquire a collection of Norman Rockwell paintings from the Boy Scouts of America.

Oh, what a night... or two: Powers Auditorium had back to back sellouts in April for the touring production of “Jersey Boys.” After more than a decade since its Broadway premiere, the jukebox musical about Franki Valli and the Four Seasons is still a smash.

Power of ‘Matilda’: On the local level, Easy Street’s production of the Ohio premiere of “Matilda” featured a cast of 25 kids that was every inch as good as the ones on Broadway. It was simply incredible how good they were, especially AnnaSophia Viccari, who was flawless in the title role. The kids deserve another round of applause for lighting up the big stage at Powers.

Other local theater highlights include:

The Youngstown Symphony Orchestra and Easy Street’s first-rate and fun production of the concert version of “Guys and Dolls,” which had the audience craving more.

Top Hat Productions, which took advantage of a chance of lifetime by securing the rights to “Amazing Grace” and then leaving everything on the stage.

The Youngstown Playhouse’s weirdly mesmerizing take on “The Elephant Man.”

Movies: We’re still waiting to see “Them That Follow,” the movie starring Olivia Colman, Walton Goggins and Kaitlyn Dever that was filmed in Mahoning and Columbiana counties in 2017. It will be in theaters in a couple of weeks.

Another movie with narrow but deep interest in the Valley was “Stiv Bators: No Compromise, No Regrets.” It’s a rockumentary about the late punk legend Stiv Bators of Girard, who rose to fame in the 1970s as the wild frontman of the Dead Boys. The film, which got a screening at West Side Bowl in Youngstown in April, paints a picture of the mercurial rock visionary and his tragic death.

Audacious plan: In May, local playwright and theater producer Michael Anthony Forney unveiled his plan to purchase and renovate a massive factory building on the edge of downtown Youngstown and turn it into a TV and film production facility. We’ll have to stay tuned to see how that turns out.