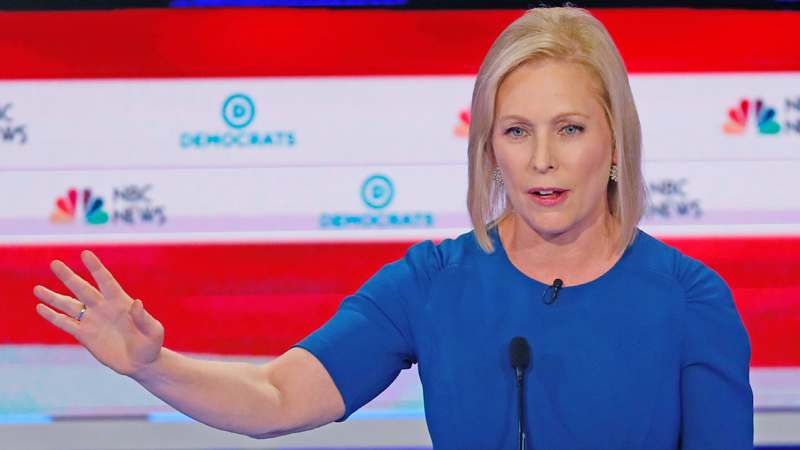 Photo by Associated Press | U.S. Sen. Kirsten Gillibrand of New York, a 2020 Democratic presidential candidate, will campaign Thursday in Youngstown as part of six-city, two-day “Trump Broken Promises Tour.” Gillibrand will have a roundtable with elected officials and activists to discuss outsourcing and layoffs experienced by the community from 1:30 to 2:45 p.m. at Cassese’s MVR, 410 N. Walnut St.

Gillibrand will have a roundtable with elected officials and activists to discuss outsourcing and layoffs experienced by the community from 1:30 to 2:45 p.m. at Cassese’s MVR, 410 N. Walnut St., according to a news release.

The release said Gillibrand will speak to “Rust Belt voters” in three states.

“The ‘Trump Broken Promises Tour,’ will shine a bright light on the president’s abject failure to keep his word to the American people on kitchen table issues that impact their lives each day,” she said in a prepared statement.

“We’ll head to Pennsylvania, Ohio and Michigan to highlight Trump’s empty promises on issues like drug prices, jobs and gun violence prevention with policy solutions that will actually deliver for working people,” she added. “To beat President [Donald] Trump, you have to have the courage and toughness to go toe-to-toe with him and call out his lies on the issues. That’s what this tour is about.”

Gillibrand starts the tour Thursday in Pittsburgh before coming to Youngstown and finishing the day in Cleveland.

Friday, she is in Michigan, starting in Bloomfield Hills and then in Flint and Lansing.

Gillibrand, a senator since 2009, is currently polling nationally at 0.4 percent, tied for 13th place among Democratic presidential candidates.

She will be the third Democratic presidential candidate – not including U.S. Rep. Tim Ryan of Howland, D-13th – to campaign in the Mahoning Valley.

Ryan announced April 4 he was running for president and had an April 6 rally in downtown Youngstown.

Ryan is campaigning today in South Carolina and made several stops Sunday and Monday in New Hampshire.