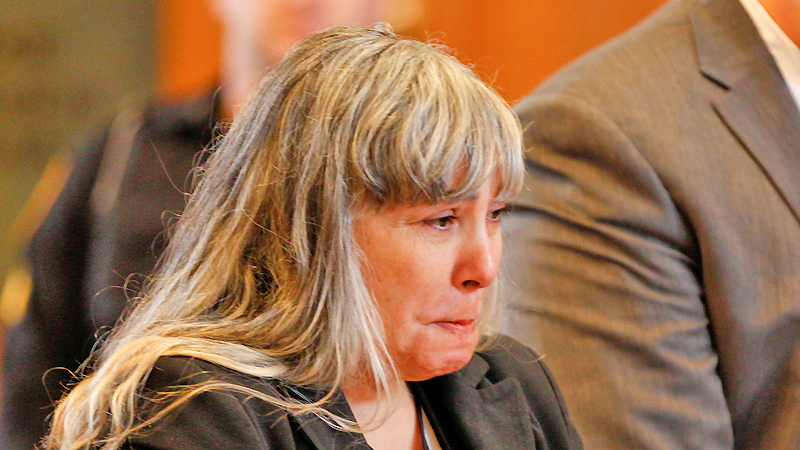 News of Claudia Hoerig’s conviction Thursday in Trumbull County in the 2007 murder of her husband, Karl Hoerig, made news in her native Brazil.

The Portuguese-language legal magazine Consultor Juridico reported on her conviction on aggravated murder under the headline “Ex-Brazilian is condemned for killing husband; penalty can be life imprisonment.”

The publication reported that the trial “lasted only eight days, including [the] selection of the jury,” according to a Google translation to English from Portuguese.

“The expected sentence for defendants convicted of [aggravated murder] in Ohio is life in prison without parole. But this will only be confirmed on Feb. 8 when Judge Andrew Logan, who presided over the trial, [announces] the ruling.

Consultor Juridico is headquartered in São Paulo, Brazil. It has correspondents in the United States and three Brazilian states, Brasília, Rio de Janeiro and Rio Grande do Sul, according to its web site.

“In addition to a vast network of supporters and collaborators, it consists of lawyers, judges, members of the Public Prosecutor’s Office, teachers, press officers, among others,” it says.

A search of other articles about Claudia Hoerig shows that the BBC reported on her return to the United States Jan. 17, 2018, to face trial in her husband’s killing.

The article, which was written in Portuguese and appeared to be widely republished by Brazilian media, said Claudia’s return to Ohio marked “the first Brazilian in history to be extradited to be tried abroad.”

It added, “Claudia’s return is also a milestone in the history of Brazilian international relations and opens the possibility that more Brazilians who have obtained citizenship from other nations may face processes similar to hers.”

It recounted some of her history before she married U.S. Air Force Reserve Major Karl Hoerig of Newton Falls in 2005:

“In the United States, she became an accountant. In 1999, already divorced from [her first husband], she decided to complete the naturalization process as an American citizen. The move would facilitate Claudia’s professional performance, which would have boosted her income five times after her change of nationality,” according to what her lawyers said in Claudia’s Brazilian lawsuit challenging her loss of Brazilian citizenship.

“What Claudia might have been unaware of when she made that decision is that by assuming American citizenship, she would necessarily be giving up the Brazilian.”

It said Claudia’s “case caused commotion in the United States, where Hoerig is often portrayed as a national hero.”

The article says the key to her extradition was that while becoming an American citizen in 1999 while living in New York, she renounced her Brazilian citizenship.

The article says the “Brazilian Constitution foresees, in its 12th article, the loss of Brazilian nationality when another is acquired, with some exceptions, none of them, for the court, applicable to the case of Claudia.”

The article quotes a Brazilian legal scholar saying the Brazilian constitution is “very clear about the loss of Brazilian nationality, but Brazil does not usually go after people to withdraw it.”

The decision of the Brazilian Supreme Court to strip Claudia Hoerig of her Brazilian citizenship supports “what the Constitution said and no one believed. If the administrative practice is going to change because of that, only time will tell,” said Ana Flávia Velloso, professor of International Law at the University Center of Brasília, Brazil.

The article quoted a statement the BBC said it received from the Brazilian Justice Ministry saying Claudia was extradited to the United States in 2018 “only after the United States formally submitted to Brazil the commitment of the extradited person not to be sentenced to death or life imprisonment.”

Trumbull County Prosecutor Dennis Watkins has declined to comment on whether an agreement with Brazil will limit the sentence she can receive, saying he will discuss these issues after Claudia’s sentencing.

Brazilian news reports have indicated the maximum sentence in Brazil for murder is 30 years.