Expect about 6 to 9 inches of snow in the Valley 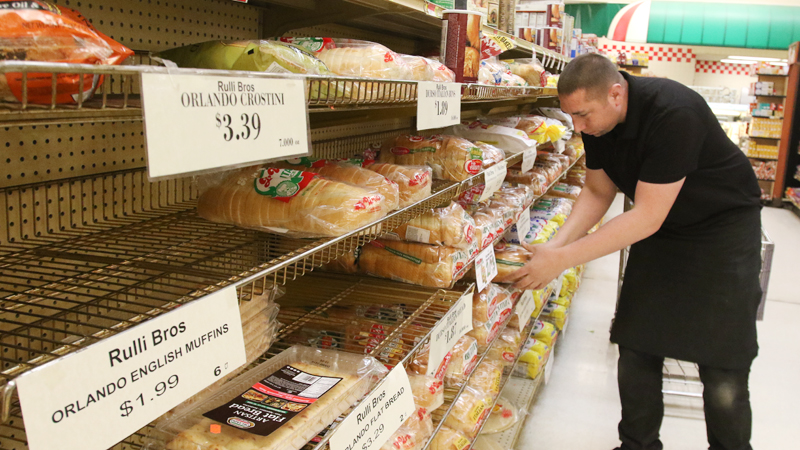 The snow is coming today, but the National Weather Service has revised its forecast reducing the accumulation amount for the Mahoning Valley to about six to nine inches.

The change came Friday from Thursday’s prediction of about a foot of snow based on different models the weather service reviewed.

The snow will start in the morning, but the heavy snow will fall from around 3 to 4 p.m. today until 3 to 4 a.m. Sunday, Mitchell said.

Light snow is a possibility Sunday though more likely in the snow belt area of northern Trumbull County, where an inch or two more is possible, he said.

The winds are going to be an issue today to Monday, and it will be bitterly cold Sunday and Monday, Mitchell said.

The temperature will drop into the midteens tonight and that will be the high Sunday with a low Sunday night near zero. The wind chill Sunday night will be about 10 below.

On Monday, the high temperature will be about 10 to 15 degrees and a low near zero at night. The wind chill Monday will be about 5 below zero.

Mitchell advises only essential travel during the snowstorm.

“Any significant amount of snow makes for real poor travel conditions,” he said.

Despite the National Weather Service’s revised forecast, our broadcast partner 21 WFMJ-TV has maintained its prediction of 9 to 12 inches of snowfall.

Shoppers preparing for the storm were out in force.

The parking lot at Rulli Brothers in Boardman was nearly filled Friday afternoon, and lines of people waited at each of the five open registers to make their purchases.

In the rear of the store, deli workers darted around while dozens of customers awaited their orders. Though the shelves were still well stocked Friday, there were some areas that had been thoroughly picked over, such as the packaged steaks and chicken and the bakery bread.

At one point, Rulli Bros. co-owner Michael Rulli started working a register himself to help thin the lines in the stores.

“We started getting busy on Tuesday,” Rulli said. “We’ll probably see a lot of shoppers all throughout [Friday] and [Saturday] morning too.”

Rulli said that once he was made aware of the forecast, he increased his late-week orders in anticipation of the shopper deluge.

“We’ve been seeing a lot of full carts today, so I don’t think people are stocking up on specific items. I think most people just want to make sure they’ve got enough food to make meals at home for the next few days,” Rulli said.

The Catholic Diocese of Youngstown asked its parishioners to use safe and sound judgement as to whether they should attend mass this weekend because of the weather.

The Ohio Department of Transportation District 4 will have 134 trucks on state roads in Mahoning, Trumbull, Summit, Ashtabula, Portage and Stark counties with plow drivers working 12-hour shifts until the snow stops.

That includes 25 trucks in Trumbull and 20 in Mahoning. The trucks use salt and salt brine, switching to calcium chloride when the temperatures get into the single digits.

Meanwhile, Youngstown Police Chief Robin Lees said his department takes no special precautions when dealing with heavy snow. He said all of the SUVs and cruisers are rated to travel in snowy weather, and all vehicles have all-weather tires on them.

Officers are often on the road when no one else is during bad weather and when there is a trouble spot in an area they are in a good position to alert the street department, Lees said.

Usually, bad weather does not affect staffing because Lees said officers are used to coming to work in all kinds of weather.

Gov. Tom Wolf declared a state of emergency in Pennsylvania on Friday to allow for increased assistance with storm-related needs.

A commercial vehicle ban will also be in place between noon today and noon Sunday on all interstates and the Turnpike.