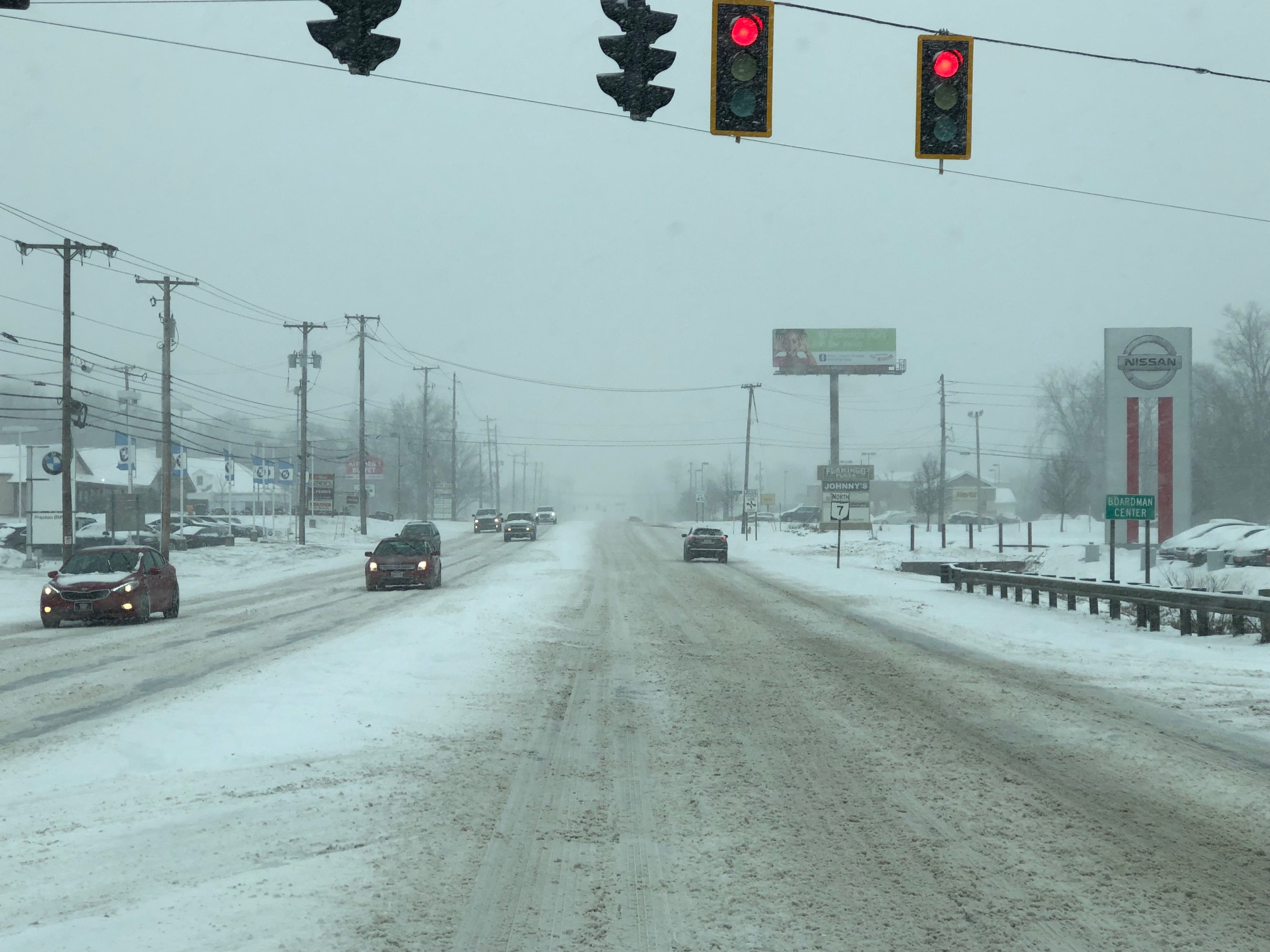 Expect a mix of rain, freezing rain and snow – though mostly rain – for the rest of the day into tonight, according to the National Weather Service.

The Mahoning Valley got between 1 and 2 1/2 inches of snow so far from the storm.

The freezing rain should let up around 1 p.m., said Raelene Campbell, a meteorologist with the National Weather Service.

There’s a small potential for snow in the evening hours, but it will be mostly rain, she said.

Thursday will be mostly cloudy with a high about 40 degrees, she said.

In Warren, the snow is now a light mist, and the roads in Warren are mostly slushy and wet.

While some plowing has been done, roads remain snow-covered, causing sliding.

At 9 a.m., roads were a little tricky in Liberty. It appeared the roads had been plowed earlier. One lane was slightly slippery and slushy, the other had light snow coverage but was traversable. Visibility was hindered by the snow fall.

At 9:30 a.m., roads were plowed in Girard’s downtown district. Visibility had gotten better. Road crews could be seen in both Liberty and Girard hard at work.

The National Weather Service has issued a Winter Weather Advisory until 3 p.m. for most of the Mahoning Valley.

A Winter Weather Advisory means that periods of snow, sleet or freezing rain will cause travel difficulties. Expect slippery roads and limited visibility and use caution while driving.

Schools throughout the Valley are closed, and a few are on two-hour delay. For the complete list, click the "Closings and Delays" box on the Vindy.com home page or tune into 21 WFMJ-TV.

In Boardman, snow was falling heavily before 8 a.m.

In Warren, reporter Ed Runyan said snow has started to fall, causing many roads to become slippery. Those same roads were dry and clear an hour ago, he said.