Jim Leavelle, lawman at Lee Harvey Oswald's side, dies at 99 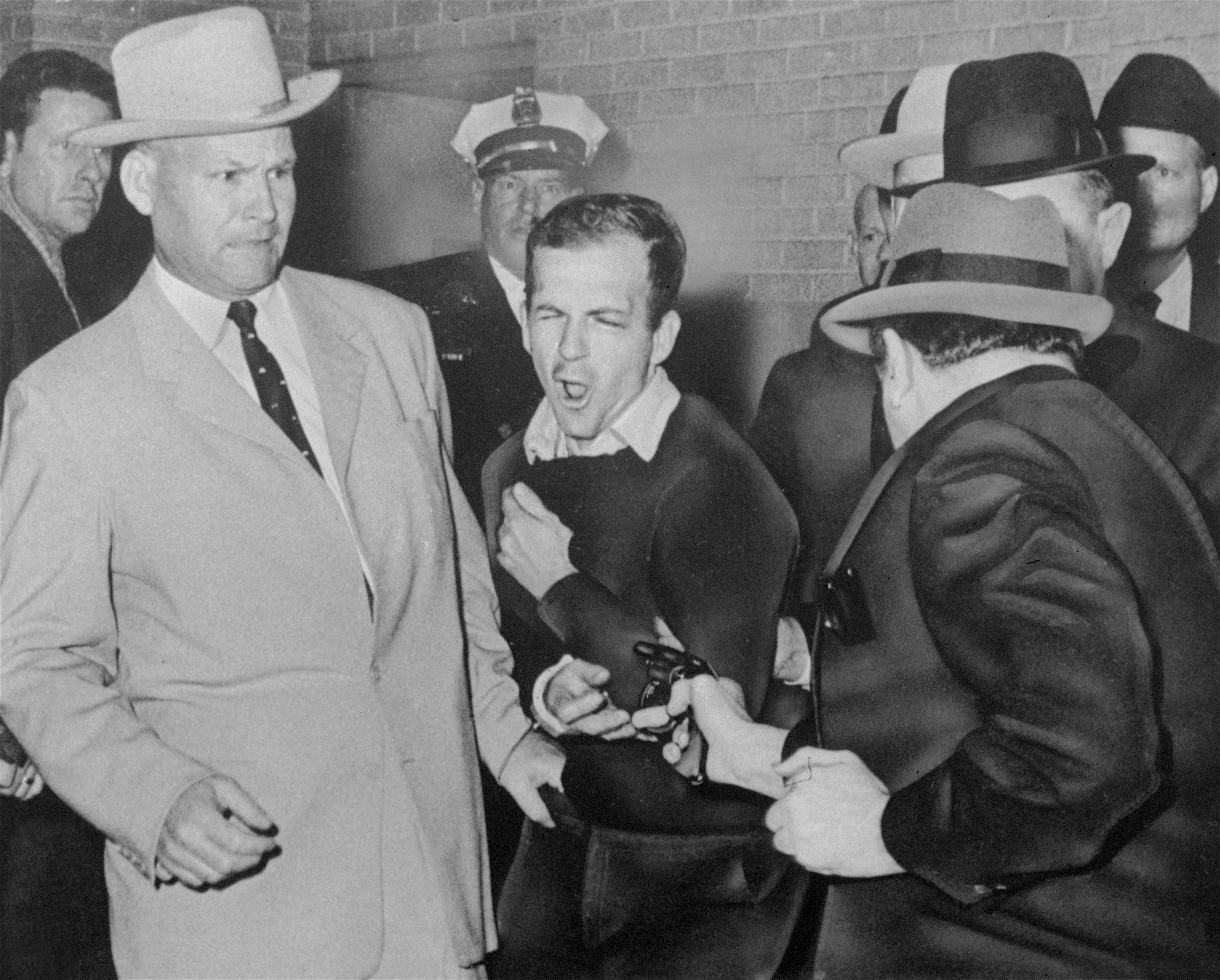 Photo by Associated Press | In this Nov. 24, 1963 file photo, Lee Harvey Oswald reacts as Dallas night club owner Jack Ruby, foreground, shoots at him from point blank range in a corridor of Dallas police headquarters. At left is Detective Jim Leavelle. The longtime Dallas lawman who was captured in one of history's most iconic photographs as he escorted President John F. Kennedy's assassin moments before he was fatally shot, died Thursday. He was 99.

DALLAS (AP) — Jim Leavelle, the longtime Dallas lawman who was captured in one of history's most iconic photographs as he escorted President John F. Kennedy's assassin as he was fatally shot, has died. He was 99.

Leavelle, distinctive in his light-colored suit and white Stetson, is seen in the photograph with his hand on Lee Harvey Oswald, Leavelle's body stiffening as nightclub owner Jack Ruby shot the handcuffed presidential assassin at close range on live TV in 1963. Leavelle appears shocked as Oswald grimaces in pain.

Leavelle's daughter Tanya Evers told The Associated Press her father died Thursday while visiting her sister in Colorado. He fell earlier this week and broke his hip, requiring surgery at a Denver hospital, Evers said today. He responded well to the surgery, she said, but then later suffered a heart attack.

In the decades after the assassination, Leavelle regularly spoke at schools and before various groups because he believed "he had a responsibility to share his story," said Evers, who lives in San Antonio.

Her father through the decades received mail nearly every day from people asking questions about the assassination or invoking any one of several conspiracy theories, she said.

"He really felt a need to address the theories," Evers said. "He wanted to make sure that people knew there was no conspiracy and that one misguided person could take a shot at a president and succeed."

Leavelle joined the Dallas police force in 1950 and retired from active service in 1975. He was among the lead detectives assigned to investigate Kennedy's Nov. 22, 1963, assassination.