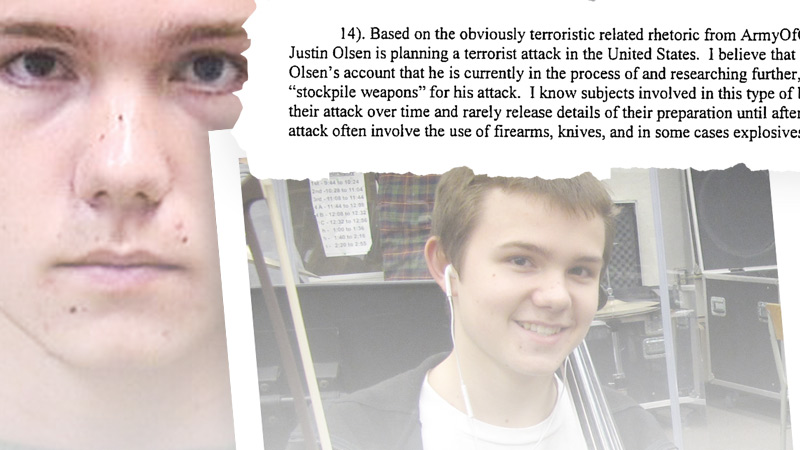 Photo by The Vindicator

A Boardman man who has been held on a federal complaint for threatening to shoot federal law enforcement authorities was indicted Wednesday by a grand jury in the U.S. Northern District Court of Ohio.

Olsen has been held in the Mahoning County jail since he was arrested earlier this month by township police, who served a search warrant at the separate homes of his parents after being informed of a threat Olsen made on the internet to shoot FBI agents.

The case was later transferred to the U.S. Attorneys Office for the Northern District Of Ohio.

Since February, Olsen had “discussed supporting mass shootings, and assault and/or targeting of Planned Parenthood” online under the username “ArmyOfChrist” on the popular internet meme site iFunny.com, where he had about 4,400 subscribers, according an affidavit in the case.

In a post dated June 2, Olsen discussed the 1993 federal siege of the Branch Davidians compound in Waco, Texas, when he said federal agents “slaughtered families” and concluded with “shoot every federal agent on-sight,” officers allege.

Olsen was arrested after a search warrant was served at his home Aug. 7, where police found 26 guns and 10,000 rounds of ammunition. The guns belonged to his father but the warrant said any firearms found could be seized.