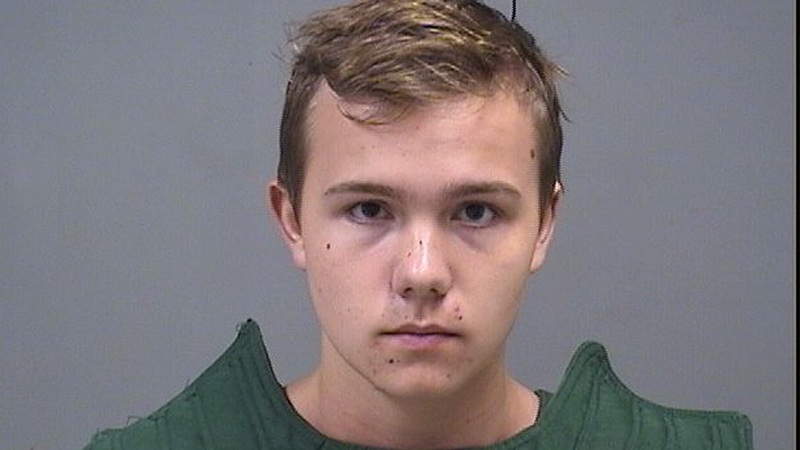 Photo by The Vindicator | Justin Olsen of Boardman now faces federal charges for allegedly threatening a federal law-enforcement officer. Also, more than 10,000 rounds of ammunition and several assault rifles were found in a large vault in his home. 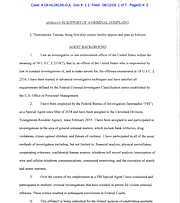 A Boardman teen who investigators say suggested “armed resistance is a viable method of political change” is in federal custody.

FBI and Mahoning County investigators found more than 10,000 rounds of ammunition and camouflaged clothing and backpacks, as well as 15 assault-style rifles and shotguns inside a large gun vault at the Oak Ridge Drive home of 18-year-old Justin Olsen, according to a federal affidavit filed Monday.

Olsen was arraigned on a federal charge of threatening to assault a federal law-enforcement officer Monday in the Thomas D. Lambros Federal Building and U.S. Courthouse downtown – a hearing covered exclusively by The Vindicator.

Olsen will remain in the Mahoning County jail without bond at least until his continued detention hearing Friday, ordered Magistrate George J. Limbert.

Ahead of the federal charges, county prosecutors Monday dropped Olsen’s charges of aggravated menacing against law enforcement and telecommunications harassment, filed last week in Mahoning County Common Pleas Court, and to which Olsen pleaded not guilty.

Since February, Olsen had “discussed supporting mass shootings, and assault and/or targeting of Planned Parenthood” online under the username “ArmyOfChrist” on the popular internet meme site iFunny.com, where he had about 4,400 subscribers, according to the affidavit.

In a post dated June 2, Olsen discussed the 1993 federal siege of the Branch Davidians compound in Waco, Texas, when he said federal agents “slaughtered families” and concluded with “shoot every federal agent on-sight,” officers allege.

“Don’t comply with gun laws, stock up on stuff they could ban,” reads another alleged post from Olsen.

“Hell, even the Oklahoma City bombing shows that armed resistance is a viable method of political change. There is no legal solution,” reads another.

Olsen admitted making the posts to officers but claimed it was all “a joke, for fun.”

Several family members waited silently in Magistrate Limbert’s courtroom for a shackled Olsen to be led in by a U.S. marshal. Olsen began sobbing quietly when conferring with Atty. Ross Smith, who also appeared for his client’s arraignment Thursday in county area court in Boardman.

“Urging people to shoot federal agents is never acceptable,” said Justin Herdman, U.S. Attorney for the Northern District of Ohio. “This defendant had access to an arsenal, and we take his threats very seriously.”