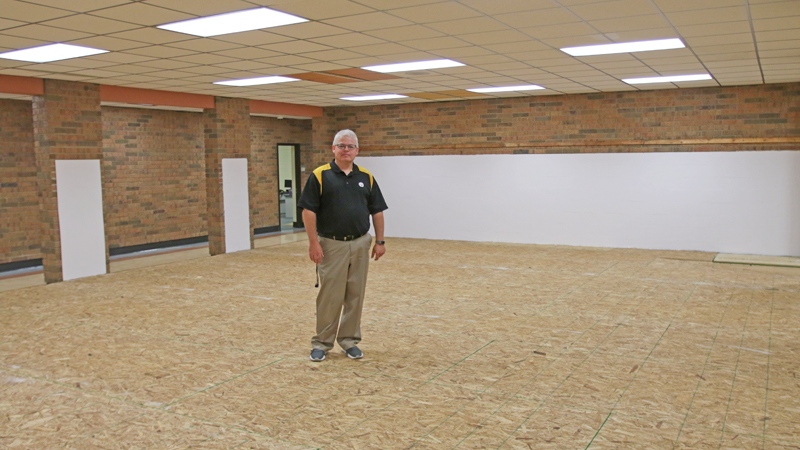 Justin Jennings started Aug. 1 as chief executive officer. He formerly served as superintendent for the Muskegon schools in Michigan. Jennings plans a variety of activities and gatherings to get to know families and the community this school year. Those haven’t been scheduled yet but will include Coffee with the CEO in the morning and Iced Tea with the CEO in the late afternoon, community stakeholders’ meetings and family movie nights.

School start and dismissal times have changed. East, Chaney and Youngstown Rayen Early College high-school students will begin at 7:30 a.m. and be dismissed at 2:32 p.m.

Elementary school classes will begin at 8 a.m. with dismissal at 3:15 p.m. for the school district’s nine elementary schools and for Rayen Early College Middle School.

Ava Yeager was added as the chief of school improvement. She formerly served at the Parma City Schools where she led the district’s state and federal programs office.

Linda Yosay, chief of student services, joins the district from the Mahoning County Educational Service Center. Yosay had previously worked at the city schools through a shared services agreement between the district and the ESC during the 2017 to 2018 and part of the 2018-2019 school years.

Mark Zura, who was previously the director of student services at Boardman, was hired for the same position in Poland. The district also hired three intervention specialists and a school counselor.

Comprehensive Literary Framework resources will be available in all district buildings. Italian will be offered in the 8th grade for high school credit, and Poland Seminary High School is adding a statistics class.

The district hired a new director of student services, Katie Fallo. Marco Marinucci was hired to replace athletic director Denise Gorski who retired. Nick Hewko will be the assistant principal at Center.

(See separate story today for other changes in Boardman schools.)

Former superintendent David Cappuzzello now leads the Austintown school district, and he has been replaced by Bryan O’Hara, who will establish social and emotional learning curriculum. Jessica Krumpak joins the district as the special education director. Sam Caputo joins this year as high-school principal and John Cardiero, formerly a Liberty administrator, joins as the assistant high-school principal.

The Prospect Elementary School this year will implement PAX (good behavior program) and SEL (social and emotional learning) to align with new SEL standards adopted by the state. The Intermediate school this year will have a PBIS (positive behavioral and support team) program, PEG writing in sixth grade (online writing assistance program), a renaissance learning monthly assessment for math and language arts and a Go Math program for grades 4-6. The school district is also adding an 18-week career exploration course for all 8th grade students and Girls on the Rise, a leadership program for female students. For high schoolers, there will be several new courses including manufacturing, operations and ecology, and new college credit-plus courses including sign language, music appreciation, Italian and personal finance.

Struthers City Schools in conjunction with the United Way will be offering Success After 6 at Struthers Elementary. The district received a $450,000 School Quality Improvement Grant for staff development on Explicit Instruction over the next four years.

The district also was awarded a $40,000 Bureau of Workers Compensation School Safety and Security Grant for security upgrades. The elementary school will house a food pantry this year. High-school credit opportunities have been expanded to eighth-grade students. Artificial turf and a new scoreboard will be added at the high school stadium.

Niles City Schools will be carrying out the second year of its Striving Readers Literacy Grant initiative by continuing to implement Keys to Literacy teaching practices at the middle school.

All content-area teachers will participate in training prior to the start of school. Throughout the year, teachers will be provided with ongoing professional learning.

Because of a $300,000 Striving Readers Grant and $600,000 School Quality Improvement Grant, high school teachers will participate in professional development to promote effective teaching and learning of critical content in an effort to close achievement gaps in adolescent literacy.

Teachers will receive instruction on a variety of research-based interventions focused on helping teachers think about, adapt and present critical content in a “learner-friendly” fashion.

Each Friday that school is in session during the 2019-2020 school year, the high school will operate on a two-hour delay with students grades nine through 12 reporting at 9:30 a.m. High-school teachers and staff will report at their regular start time to participate in weekly two-hour training sessions.

In Warren City Schools, there are several new administrative leaders.

The school district will have its 7th annual Back to School Celebration on Courthouse Square at 11:30 a.m. Wednesday.

Students in the former North Road Intermediate are being absorbed into the middle school. The school day and transportation remain the same as the other elementary buildings, said Superintendent Kevin Spicher.

In Howland, students in grades 5 to 12 will continue to receive Chromebook computers this year, and the district will continue to increase cameras and other security to each building. A new security vestibule will be added to the northwest entrance at the middle school.

There will be an increased number of College Credit Plus courses offered for high school students, and the district is offering a second-year option for a high school engineering course.

The district is continuing with its non-punitive, random drug testing program for students who participate in athletics, purchase a parking pass or participate in marching band.

There will be air conditioning for the first time in classrooms, cafeterias, and gymnasiums through a partnership with Plug Smart Energy Solutions.

There will be new turf in the football stadium for athletic and other events.

The only new administrator is Don Cheffo, principal for the high school. The school also has another school resource officer.

Liberty added French to its foreign language courses. The district is also adding Project Lead the Way curriculum for ninth to 12th graders, which provides a pathway for students interested in engineering; it will include its existing robotics and drone courses. The governor’s budget provided $60,000 in health and wellness initiatives for Liberty schools this year and $260,000 next year. With part of that, there will be a social and emotional learning curriculum with a focus on mental health for students grades K-6 and an additional guidance counselor and nurse was added to the school district. The district will be partnering with Rachel’s Challenge (a nonprofit started by the family of a Columbine school shooting victim that works to reduce violence). The new $585,000 turf field that came out of the partnership with Guaranteed Clean Energy will be finished this year and will allow more sports practices and soccer. The field, as well as new LED lighting that is being installed this year, is being paid by the cost savings generated by other energy initiatives. The district is starting a partnership with the Jewish Community Center to provide before- and after-school programming with academics and activities such as swimming. Liberty was awarded a $5,000 grant to encourage social and emotional well being, including a new sensory room for autistic students. There will be a Celebrate Liberty party Sept. 13, starting with a ribbon-cutting ceremony for the new field at 6 p.m.

TJX HomeGoods, which is building the TJX warehouse on Ellsworth Bailey Road, donated $500,000 to Lordstown schools so it can improve its new soccer and track complex and make security and other improvements. With part of that donation, the district built a $15,000 elementary playground fence and $85,000 safety vestibules at both buildings at the campus.

The Lordstown Energy Center provided a $1 million donation. With that, the school has new cabinets for the food room, a STEM center and a scoreboard for the Lordstown Veterans Memorial Stadium.

With a safety grant from the Ohio Bureau of Workers’ Compensation, the schools upgraded its security cameras.

The school district is also converting to LED lighting this year which will reduce current lighting consumption by 45 percent and will generate a cost savings of $100,000 per year.

With the energy savings generated with that conversion plus some funding from the Lordstown Energy Center, the school district will make improvements to the high school roof, a new boiler and a new automated HVAC system.

The district is also adding a flagpole near the stadium with a $2,500 donation from Holton Inc.

South Range schools will have the week of Aug. 26 off for the Canfield Fair (school starts Aug. 19). The school hired back its part-time elementary school counselor this year, and also hired a part-time intervention specialist, a speech therapist and a new director of transportation.

Kevin Hogue has been named athletic director and Mona Jones will serve as transportation supervisor. The district also welcomes one full-time math teacher, a part-time high school art teacher and a part-time choir teacher who will teach both middle and high school. The school is starting its Link program this year, which will have senior students providing mentorship to freshman.