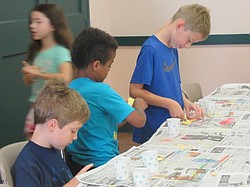 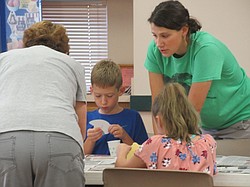 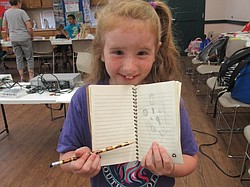 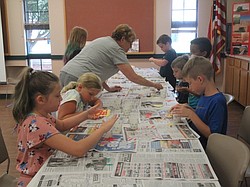 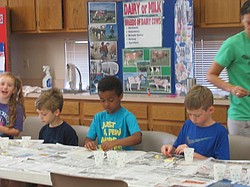 Brenda Markley, a naturalist with the Metro Parks, hosted the camps from July 15-19.

“Our goal from Monday through Friday was to discover where the different parts of our pizza come from,” Markley said.

She said that each day children explored a different area of food, from wheats and grains, veggies, fruit and dairy.

During the week children toured the MetroParks Farm and met the animals and saw the plants.

Children also toured different parts of the park, according to Markley, and learned about the history.

“We learned how popcorn popped, we got to see all the animals, they even made homemade cheese,” Markley said.

She said that each day the camp kicked off with a craft done by the students.

Markley said that they also read a number of books throughout the week that fit with the theme.

Children were also given a notebook to answer questions in and draw in that they got to take home at the end of the week.

“We really want to teach them at a young age to appreciate the food they have and to understand where it comes from,” Markley said.

The camp concluded on Friday with a pizza party.

For more information on park events, go to www.millcreekmetroparks.org.