EL PASO, Texas (AP) — A hospital official says another El Paso shooting victim has died, raising the death toll from that attack to 22. 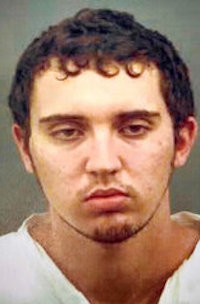 Schumer said the Senate GOP leader is blocking gun safety reforms that more than 90% of Americans support. He tweeted that McConnell, R-Ky., should “gavel the Senate into emergency session to take immediate action” on the House-passed bill, which would require federal background checks for all firearms sales and transfers, including those sold online or at gun shows. Another bill allows an expanded 10-day review for gun purchases.

The House approved the bills in February but they have not come up for consideration in the Republican-controlled Senate.

Trump in a statement at the White House condemned weekend shootings in Texas and Ohio that left 30 people dead as barbaric crimes “against all humanity” and called for bipartisan cooperation to respond to an epidemic of gun violence. He offered few specific solutions, but signaled opposition to large-scale gun control efforts, saying, “hatred pulls the trigger, not the gun.”

“We vow to act with urgent resolve,“ Trump said.

Trump offered a slightly different message earlier in the day, tweeting that “Republicans and Democrats must come together and get strong background checks, perhaps marrying this legislation with desperately needed immigration reform. We must have something good, if not GREAT, come out of these two tragic events!”

It was not clear how or why he was connecting the issues.

Congress has proven unable to pass substantial gun violence legislation, despite the frequency of mass shootings, in large part because of resistance from Republicans, particularly in the GOP-controlled Senate. That political dynamic seems difficult to change.

Asked about prospects Monday, McConnell spokesman David Popp said he’d “be sure to forward” any additional statements from the GOP leader.

“Enough is enough,” House Speaker Nancy Pelosi, D-Calif., said in a statement Sunday. “The Republican Senate must stop their outrageous obstruction and join the House to put an end to the horror and bloodshed that gun violence inflicts every day in America.”

EL PASO, Texas (AP) — Authorities say another person has died from a weekend mass shooting at a Walmart in El Paso, Texas, raising the death toll in that attack to 21.

El Paso police tweeted the latest victim died early this morning at an area hospital. No other details were immediately provided.

More than two dozen people were wounded in the attack. The suspected gunman, 21-year-old Patrick Crusius, has been booked on capital murder charges.

Speaking from the White House today, President Donald Trump condemned the El Paso mass shooting and another in Dayton, Ohio, hours later in his first public remarks since the attacks.

Ryan of Howland, D-13th, made the comment today on CNN.

The mistake occurred toward the end of Trump’s speech this morning. On Twitter, Ryan was more blunt. He used a shortened version of the f-word in response.

As for Trump calling for bipartisan cooperation to strengthen gun laws, Ryan said, “That may be the most disingenuous thing he’s said.”

Ryan has been in Dayton since Sunday night. The mass shooting occurred earlier that day.

WASHINGTON (AP) — President Donald Trump on Monday condemned weekend shootings in Texas and Ohio as “barbaric” attacks and crimes “against all humanity” as he called for bipartisan cooperation to strengthen the nation’s gun laws.

Trump said he wants legislation providing “strong background checks” for gun users, but he provided scant details and has reneged on previous promises after mass shootings.

“We vow to act with urgent resolve,” Trump said Monday.

Trump spoke Monday from the White House about shootings that left 29 dead and dozens wounded. He suggested early on Twitter that a background check bill could be paired with his long-sought effort to toughen the nation’s immigration system.

But he didn’t say how or why he was connecting the issues. Both shooting suspects were U.S. citizens, and federal officials are investigating anti-immigrant bias as a potential motive for the El Paso, Texas, massacre.

“In one voice, our nation must condemn racism, bigotry and white supremacy,” Trump said, adding that he had directed the FBI to examine steps to identify and address domestic terrorism. “These sinister ideologies must be defeated. Hate has no place in America,” he said.

Trump has frequently sought to tie his immigration priorities — a border wall and transforming the legal immigration system to one that prioritizes merit over familial ties — to legislation around which he perceives momentum to be building.

Over the weekend, Trump tried to assure Americans he was dealing with the problem and defended his administration in light of criticism following the latest in a string of mass shootings.

“We have done much more than most administrations,” he said, without elaboration. “We have done actually a lot. But perhaps more has to be done.”

Congress has proven unable to pass substantial gun violence legislation this session, despite the frequency of mass shootings, in large part because of resistance from Republicans, particularly in the GOP-controlled Senate. That political dynamic seems difficult to change.

And Trump himself has reneged on previous pledges to strengthen gun laws.

After other mass shootings he called for strengthening the federal background check system, and in 2018 he signed legislation to increase federal agency data sharing into the system. But he has resisted Democratic calls to toughen other gun control laws.

At a February meeting with survivors and family members of the 2018 Parkland, Florida, school shooting in which 17 people died, Trump promised to be “very strong on background checks.”

Trump claimed he would stand up to the gun lobby and finally get results in quelling gun violence. But he later retreated, expressing support for modest changes to the federal background check system and for arming teachers.