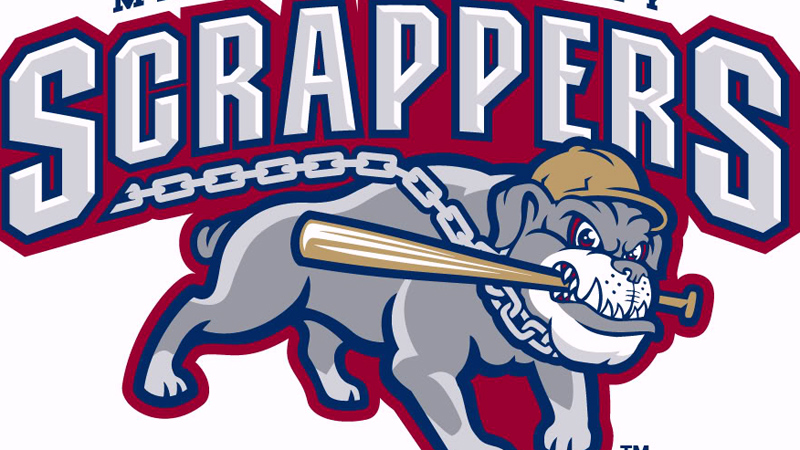 The Mahoning Valley Scrappers continue to find new ways to log come-from-behind wins. In the process, they continue to build on their record-breaking start to the season.

The Scrappers on Tuesday defeated Williamsport, 8-2, in front of 3,311 fans at Eastwood Field.

The victory gives the Scrappers a New York-Penn League best 9-2 record, the best start in franchise history. It also matches the most home wins (7) in the month of June.

“I think part of our [mid-inning] success is the fact that we work through the lineup once or twice and our guys have done a good job of making adjustments,” Scrappers manager Jim Pankovits said. “I’ve been extremely impressed with the quality of starting pitching in this league.

“It’s not that we struggle early, we’ve just gone up against some quality starters.”

As has been the case in seven of the Scrappers’ nine wins, the opponent jumped out to an early lead.

Mota (1-1) settled down to pitch six innings, giving up just the two runs while scattering five hits to pick up the win.

The Scrappers scored their first run in the fourth frame.

After Williamsport starter Gustavo Armas retired the first 10 men he faced, Scrappers shortstop Tyler Freeman reached on an infield single on a sharp line drive which ricocheted off of Armas’ body.

The Scrappers knocked out six hits in a four-run fifth inning which featured Simeon Lucas’ second home run (and just second base hit) of the season..

“Simeon is in a tough spot, he’s not playing every day and it’s tough to get in a groove in that situation,” Pankovits said. “But he keeps battling.

The Scrappers broke things wide open with a three-run seventh at-bat. Palacios collected his first professional RBI with a single. Reeves followed with a towering two-run homer to left field.

Today, the Scrappers will enjoy their first scheduled off day of the season before embarking on a six-game road trip. The one-day break is well-deserved, according to Pankovits.

“Twelve scheduled games without a day off is too much in professional ball in my opinion,” Pankovits said. “This group works really hard, they are very serious about putting in the time.

“They deserve a day away from the ballpark.”

The Scrappers begin a three-game series at West Virginia on Thursday.