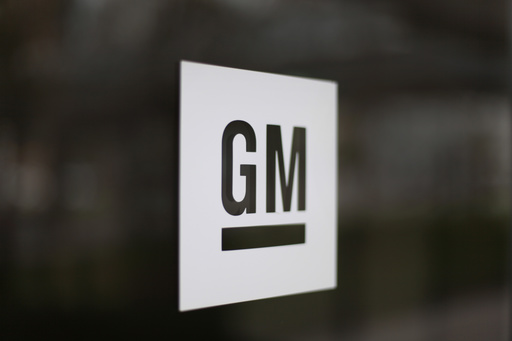 There are three sentences in a letter David Green, president of United Auto Workers Local 1112 at the teetering General Motors Lordstown assembly complex, sent to President Donald Trump that justify an “I told you so” from this writer:

“The fact that many of our members here in Ohio voted for you, and for you to remain silent on this issue is disturbing.”

“The cut in the corporate tax rate will save General Motors billions of dollars.”

Green’s letter was a plaintive plea for help from the one man who has the power to stop GM from closing the 52-year-old car assembly plant.

A telephone call from Trump to Chief Executive Officer Mary Barra would force the giant automaker to reassess its elimination of two shifts that resulted in more than 7,000 workers in the area losing their jobs.

But here’s the reality check: Donald Trump is not going to intervene to save one of the leading employers in the Mahoning Valley.

Why? For the simple reason that the Republican occupant of the White House knows he will continue to enjoy strong support in this predominantly Democratic region even if GM pulls up stakes.

Trump’s supporters are so blindly committed to him that they will point the finger of blame at everyone but the president. Such is his appeal. The billionaire from New York City and former reality TV showman knows how to tug at the heartstrings of white Americans – especially blue-collar males – whose lives have changed for the worse because the global economy has forced a redefinition of the workplace.

No longer is it possible to land and keep a high-paying job with great benefits and a lucrative pension with only a 12th-grade education. Technology is changing the way products are made, and that means the demand for a knowledgeable labor force has exploded.

Nonetheless, Trump keeps promising a return to the heydays of manufacturing when huge factories dotted the skyline. That promise has struck a chord in the Valley.

During the 2016 election, the then-billionaire real-estate developer who had never run for office came to this region and promised to resurrect the massive steel mills. He also pledged to revive the American automobile industry by forcing GM, Ford and Chrysler to restore the domestic jobs that were lost when plants were shuttered in the U.S. and opened abroad.

Autoworkers at GM’s Lordstown plant and other blue-collar Democrats were drawn to the slick salesman like moths to a flame. And they kept coming, despite this writer’s numerous warnings during the campaign that they were in danger of getting burned.

The warnings were triggered by Trump’s own words regarding the 2008-2009 rescue of the American automobile industry.

It was former President Barack Obama, a Democrat, who, along with Democratic members of Congress, put together a $50 billion investment by the federal government in General Motors.

Had Obama and the Democrats not acted, GM would have gone bankrupt and most likely would have closed its Lordstown assembly complex that makes the once extremely popular Chevrolet Cruze.

The federal bailout not only enabled GM to restructure, but it helped turn the company’s fortunes around. The $50 billion has been repaid in full, and the company’s profitability has been growing each year.

For instance, in 2016, GM reported that its third-quarter earnings were up 104 percent.

Yet, in 2015, during a press conference in Michigan, Trump was asked if Democratic President Obama showed leadership in the bailout of GM and Chrysler Corp. Here’s what he said:

As has been noted many times in this space, had GM been forced to file for bankruptcy, the Lordstown plant would have been one of the first casualties of the financial upheaval.

Nonetheless, voters in the predominantly Democratic Mahoning and Trumbull counties threw caution to the wind in 2016 and supported a man who had filed for bankruptcy four times in his career as a real-estate developer. The Republican nominee defeated Democrat Hillary Clinton in Trumbull County and came close to victory in Mahoning.

As union President Green admitted in his letter to Trump seeking his intercession to save the Lordstown plant, many autoworkers cast their ballots for the Republican.

Here’s what the letter said, in part:

“You campaigned on the promise to keep Americans working, yet on June 22, 2018, GM announced they would build the new Chevy Blazer in Mexico. Ironically this was the very last day of our second shift, another 1200 workers were laid off. The fact that many of our members here in Ohio voted for you, and for you to remain silent on this issue is disturbing. What’s more, GM recently received huge tax breaks through the new tax policy. The cut in the corporate tax rate will save General Motors billions of dollars.”

Green concluded his letter by asking Trump to “make a request to General Motors to reinvest their tax savings in the Lordstown Complex.”

Here’s a question for all the Valley Democrats who viewed Trump as the “second coming”: Why hasn’t the president called GM CEO Barra?

And while they’re trying to pull an answer out of thin air, here’s another question: Where are Trump’s plans for the brand-spanking new steel mills that he said would be built along the banks of the Mahoning River?

The White House cannot feign ignorance about what’s going on at the GM Lordstown plant. U.S. Sen. Sherrod Brown, D-Ohio, last month talked to Trump about the uncertain future of the facility and urged him to intervene with the decision-makers in Detroit.

The president was noncommittal.

Indeed, Brown talked to Barra, who refused to make a commitment with regard to the plant’s future.

No one wants to hear the words “I told you so,” but the autoworkers and other Democrats in the Valley who remain unabashed in their support of Trump have earned such snarkiness.