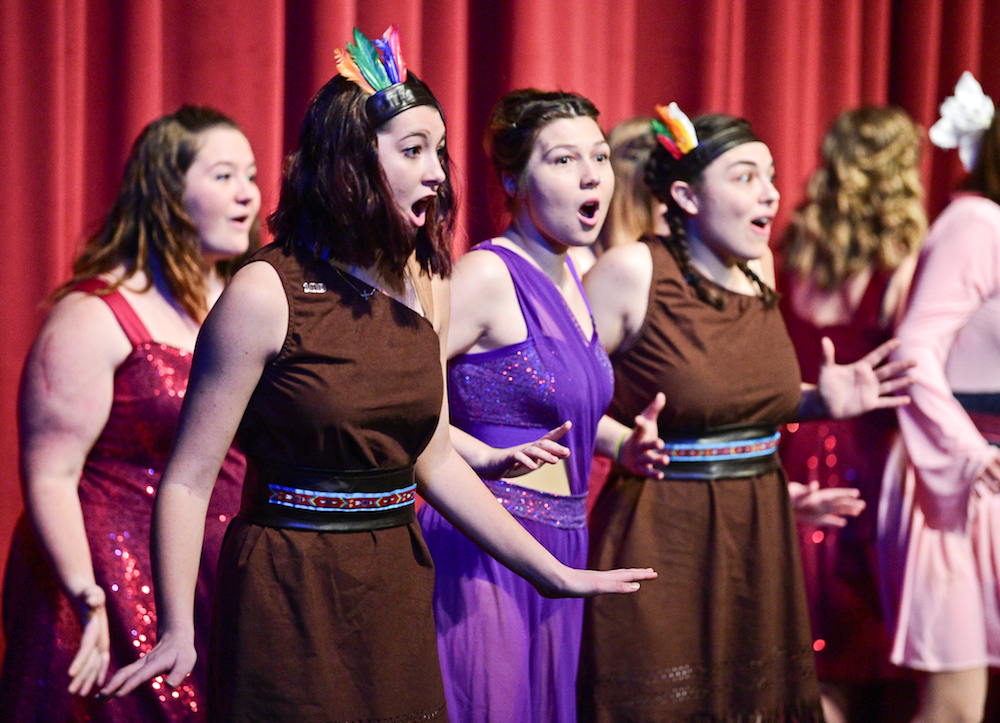 Parents, grandparents and community members were wowed by hundreds of students in grades K-12 offering musical, dramatic and artistic talents Saturday during the Boardman “100” Arts Celebration.

“When other schools face budgetary problems, often arts are cut. We’ve found ways to keep them alive,” he said at the Boardman Performing Arts Center.

To celebrate its 100th anniversary, four marquis events were planned for the 2017-18 school year, three based on the school district’s “Three Pillars – Academics, Athletics and Arts,” all kicked off by a Family Night in June 2017, said Saxton.

Saturday’s event featured the arts – visual and musical, said Cindy Fernback, high school principal, who credited Alyssa Birch, head of the art department, with much of the organization.

Among the events were a student and alumni art display; performances by the elementary chorus; wind ensemble band; choir and alumni choir; jazz band; and the orchestra.

There were also presentations from the drama department and special alumni recognitions.

Boardman High School graduated its first class from its accredited, four-year program in 1918 with classes in what is now Center Intermediate School on Market Street. Its music program also has a long history.

In 1926, James Minteer started the Boardman Band and Orchestra program, and in 1954, a separate orchestra was formed. The school put on its first musical, “Annie Get Your Gun,” in 1965; and musicals have been produced ever since.