The Valley's Year of boom and bust 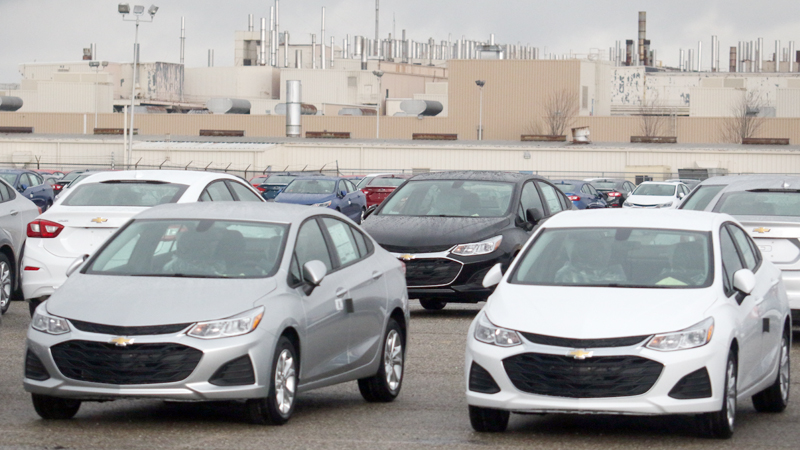 The business news just kept coming this year. The Mahoning Valley lost commercial-flight service, as well as a hospital. It gained a $160 million project in Lordstown and a hotel in downtown Youngstown.

But by far the biggest business news of the year came the morning of Nov. 26, when workers at the General Motors Lordstown Assembly Complex were called into a meeting where they learned production of the Chevrolet Cruze would end in March and the plant would be idled.

The GM news unleashed a political firestorm that went far beyond the Valley, drawing attention from national media outlets, U.S. senators and President Donald Trump. The story will continue in 2019 with the shutdown of the plant slated for March 11, which will directly impact 1,600 workers and indirectly impact many more.

If the plant permanently closes, the story will continue for years to come, as the ripple effects shake the local, regional and state economies.

Here is a look at the top 10 business stories that happened in the Valley this year.

1 On Nov. 26, General Motors announced it will close five of its North American plants and lay off up to 14,000 workers. The local GM plant is on the shutdown list, and will stop producing the Chevy Cruze next year. Contract negotiations between GM and the UAW next year are expected to be a pivotal time in determining the future of the plants.

2 Right around the time the GM Lordstown plant will be shutting down, TJX Companies is expected to break ground on a $160 million project in the village. After moving past outcry from some village residents who were opposed to the location of the project, winning an electoral referendum and then a legal challenge to the project, TJX is slated to start construction on a distribution center early in the new year.

3 On Aug. 15, Steward Health Care announced it would close Northside Regional Medical Center the following month. The hospital on Gypsy Lane had been dealing with at least a decade of underuse. The closure impacted 468 employees.

4 For decades, downtown Youngstown was without a hotel. In May, that changed with the long-anticipated opening of a DoubleTree by Hilton in the historic Stambaugh Building. The project was developed by Youngstown-based NYO Property Group and Pan Brothers Associates of New York. The partners breathed new life into the 12-floor, 111-year-old building that once served as Youngstown Sheet & Tube Co.’s corporate headquarters.

5 After 11 years of Allegiant Air flying out of the Youngstown-Warren Regional Airport, Allegiant flights ended in January. It marked the end of commercial flights at the airport; the Western Reserve Port Authority, which operates the facility, is in talks with at least one prospective flight operator, but so far has not brought commercial service back to the airport.

6 While the national unemployment rate reached historic lows, and the state maintained a similarly low unemployment rate, the Mahoning Valley consistently lagged behind these numbers. Additionally, local manufacturing companies reported struggling to fill open jobs, an issue with which they’ve been dealing for years. “We don’t have enough [workers] and we won’t have enough,” a representative of Vallourec Star, a global manufacturing company with a steel pipe mill here, told The Vindicator. “Our [hiring] number is infinite right now.”

Local activists and charity organizations mobilized to help the families affected by the detentions, and group of Valley residents organized a peaceful protest near the private prison on the East Side of Youngstown were some of the detainees were held.

8 Some city residents expressed concern this year about the progress, or lack thereof, at the East Side site where a $20 million chill-can factory is being built.

Joseph Co. International, led by Youngstown native Mitchell Joseph, has plans to base its East Coast operations at the site, but the project fell behind schedule this year.

Work did resume late this fall, and Joseph said he plans to have some production and distribution there by summer 2019.

Joseph Co. has the patent for the first-ever self-chilling beverage can.

9 Earlier this month, city officials learned Youngstown was awarded a $10.8 million BUILD (Better Utilizing Investments to Leverage Developments) grant by the U.S. Department of Transportation. The grant funding will bolster the ongoing revitalization of downtown Youngstown, which has come a long way in the last several years.

10 Citing “economic uncertainty” caused by the planned idling of the GM Lordstown plant, Mercy Health this month said it is hitting pause on its plans to build a $250 million St. Joseph Warren Hospital in the Cafaro Co.’s Enterprise Park development in Howland near Eastwood Mall.

The Cafaro Co. project is slated to include an assisted-living center, office building, medical/educational center and midrise apartment building.