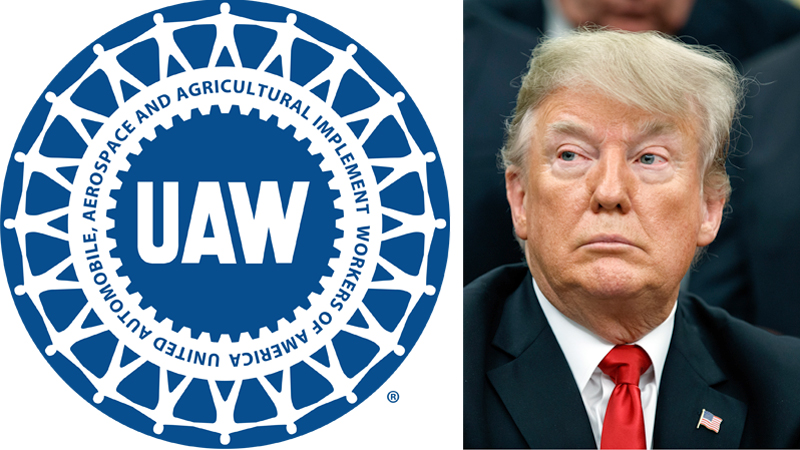 In a letter to President Donald Trump, local retired autoworkers reminded Trump of his promises to save manufacturing jobs – and that many of them helped get him elected because of their belief in those promises.

The letter, sent earlier this week, comes from the United Auto Workers’ Local 1112 retirees’ executive board and is signed by chairman Bill Bowers and recording secretary Jackie LaPresta. The letter asks Trump to help “in convincing General Motors to allocate production” to the Lordstown plant, which GM recently announced will end production of the Chevrolet Cruze in March. The plant is one of five GM plants in North America that will sit idle next year with no guarantee of getting a new product.

“During your campaign for presidency, you declared that steel would return, mines would reopen and ‘don’t sell your homes,’” the letter notes, referring to a July 2017 visit Trump made to Youngstown, at which he urged Valley residents to stay in the area because jobs would be returning. “A lot of our members believed in what you said and supported and voted for you and, as a result, you won Ohio and Trumbull County, where Lordstown is located.”

The closure of the plant is expected to directly impact about 1,600 workers, not to mention the ripple effect the shutdown will have on local suppliers and other businesses in the community, which the retirees noted in their letter.

“The impact [of] GM idling Lordstown will affect all our suppliers’ base as well as all the businesses, charities, and tax base for the Mahoning Valley,” the letter reads. “This creates the burden on all the municipalities to support police, fire, and schools to service the residents of the Mahoning Valley.”

In fact, on Wednesday, Comprehensive Logistics Co., parent company of Source Providers, announced it will permanently close the plant on Victoria Road in Austintown. The closure will erase the 180 jobs that were left there, according to United Steelworkers Business Representative Jose Arroyo.

The letter ends with a plea to Trump: “We need your assistance to convince GM to announce future product for Lordstown to keep our Mahoning Valley alive.”

In other GM news, Friday marked the deadline set by U.S. Sens. Sherrod Brown, D-Cleveland, and Rob Portman, R-Cincinnati, for GM CEO Mary Barra to respond to a list of questions they sent to her regarding the Lordstown plant. As of press time, the senators had not said whether Barra had responded to their letter or offered their own response.

In other news, Reuters recently reported that GM will respond by Jan. 7 to union proposals related to the planned shutdown in December 2019 of the Oshawa assembly plant in Ontario, Canada.

The head of Unifor, Canada’s largest private-sector union, said Thursday that during a meeting with GM executives, the automaker did not “unilaterally slam the door” on the union proposals, according to Reuters.