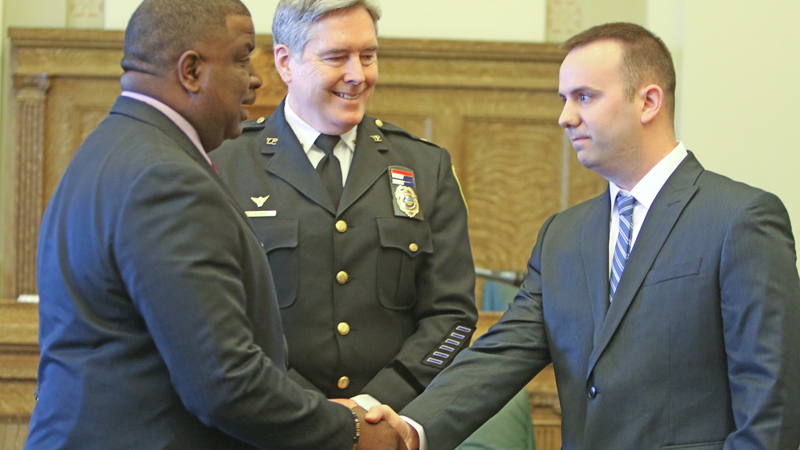 A city police officer was promoted Monday to detective sergeant.

Robert Gentile, who has been on the force since 2012, took the oath in city council chambers. He will now transition from the Family Services Investigations Unit, where he served as an investigator, to one of the patrol supervisors on midnight turn.

Gentile has received several commendations and also won the department’s Firearms Reductions Award for his work as a patrolman in 2012. The award is given to officers who make a minimum of five gun arrests in a year.