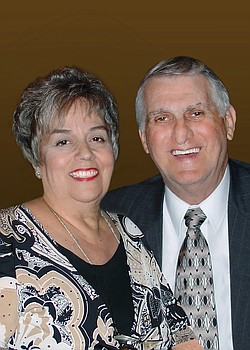 Mr. and Mrs. John Bodnark celebrated their 50th anniversary surrounded by family and friends with dinner at Nicolinni’s Ristorante in Boardman on Sept. 16. The couple’s children hosted the celebration.

Mrs. Bodnark is a homemaker and worked in retail until retiring in 2009. She is a member of Holy Family Seniors.

Mr. Bodnark was a supervisor in the hot and cold mill for LTV Steel in Cleveland until retiring in 2007. He is a member of the Knights of Columbus and a U.S. Navy veteran, where he was part of the Navy Seabees.

The couple are members of Holy Family Church in Poland.