Baldwin is well equipped to serve as Y’town judge 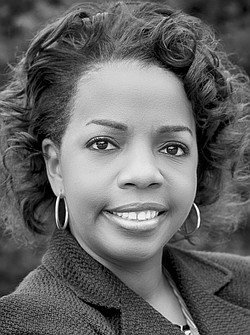 The contrast between the two candidates for Youngs-town Municipal Court judge in Tuesday’s election could not be starker.

Carla Baldwin talks about wanting to change the behavior of defendants who appear in court, thereby reducing the recidivism rate.

Mark Hanni has a simple campaign slogan designed to appeal to the core beliefs of many residents: “I will be tough on crime.”

Thus, the question facing the voters of Youngstown: Which one of the aspirants would have greater impact in addressing the disturbingly high crime rate in the city?

We believe the answer can be found in the work experience and other qualifications of Baldwin and Hanni.

In addition, there’s the issue of diversity on the court that is worthy of consideration.

Given that many of the defendants who appear in Youngstown Municipal Court are black, is there furtherance of justice with a black judge on the bench?

It is noteworthy that all the judges in Mahoning County are white.

The winner of Tuesday’s election will succeed Judge Robert Milich, who is prevented from serving another term because of the state’s age limit on judges.

Judge Elizabeth Kobly is the second member of the city’s judicial branch.

Baldwin is black, but that isn’t the main reason we support her election Tuesday. She has hands-on experience in administering justice.

Before that, she served five years in the Juvenile Division of the county prosecutor’s office, and three years as an assistant prosecutor in the criminal division.

She has prosecuted felony offenders and juvenile misdemeanor and felony delinquency cases.

As magistrate, Baldwin is charged with presiding over arraignments, traffic court, mental health treatment court and other delinquency filings.

She also is an adjunct instructor in the Criminal Justice and Forensic Sciences Department at Youngstown State University.

Baldwin is committed to bringing her experience and background to the bench and says she wants to be effective – not just efficient – as a judge.

“If I’m effective there’s a reduction in recidivism and we start to see changed behavior,” she wrote in The Vindicator’s candidate survey form. “This is accomplished by asking why an individual is before the court and caring enough to listen to the answer. That answer will be used to craft sentencing orders that appropriately punish the offender and support the goal of behavior modification.”

Baldwin won the Democratic nomination in the May primary by defeating longtime magistrate in the municipal court, Anthony Sertick.

Hanni, 59, who has deep roots in the county Democratic Party but is running as an independent, has been a lawyer for 13 years. His practice includes criminal defense work, and he has handled cases in the municipal and common pleas courts and in federal court.

“If they do the crime they will do the time” is the political slogan on his campaign literature.

But Hanni insists that as judge, he will administer justice fairly and equally.

In their endorsement interviews with The Vindicator Editorial Board, Baldwin and Hanni said that establishing a drug court would be a priority. They also pledged to continue the Veterans Treatment Court.

Baldwin talked about the need for a mental health court, while Hanni proposed night court.

The election for Youngstown Municipal Court judge features two candidates who are qualified and knowledgeable. Thus, voters must decide which one would best administer justice fairly and equally.