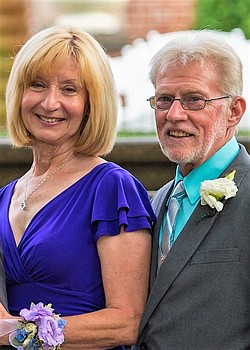 Mrs. Evans was a homemaker and later worked for the former Strouss/Kaufmann’s in Austintown and at the office of Dr. Robert McIntosh, DDS, in North Jackson.

Mr. Evans was employed at GM Lordstown as a welding equipment maintenance repairman for 32 years until he retired in 1999.

The Evanses are members of the Mahoning Valley Mustangs Car Club where they showcase their 1965 Ford Mustang that bears a close resemblance to the car they used when dating.