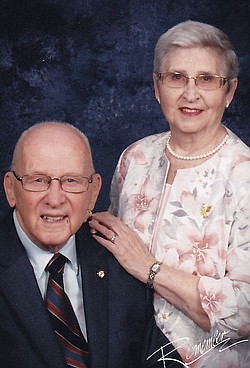 Howard W. and Lillian (Boyer) Divelbiss of Austintown celebrated their 65th wedding anniversary Sept. 1 with a family dinner at Davidson’s Restaurant in Cornersburg.

The couple were married on Sept. 1, 1951, at Southside Presbyterian Church, Youngstown.

The couple were volunteers for Hospice of the Valley, Mr. Divelbiss for 15 years and Mrs. Divelbiss for 27 years. Both now serve on the organization’s mail team committee.