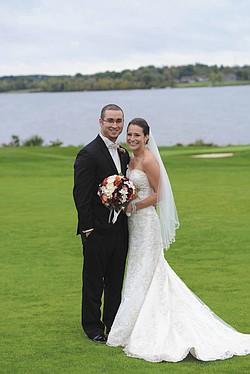 The Rev. Robert Ringwald performed the 4:30 p.m. ceremony at The Lake Club, Poland, where a reception followed.

The couple traveled to Negril, Jamaica, for their honeymoon and now reside in Westerville.