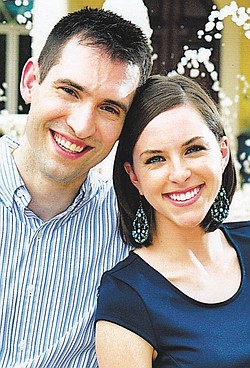 The engagement of Katelyn Veltri of Hilliard, Ohio, and Dr. Troy A. Gessner of Columbus, Ga., is being announced by their parents.

The future bride is a daughter of Kathleen Veltri of Hilliard and Louis Veltri of Dublin, Ohio. Dr. Gessner is a son of Dr. and Mrs. Larry Gessner of Canfield.

An open ceremony is planned for 2:30 p.m. Dec. 27 at Annunciation Greek Orthodox Church in Columbus.

Invitations will be extended for an evening reception at The Blackwell in Columbus.

She is a dental hygienist with Edwards Family Dental in Dublin.

Her fiance graduated from Muskingum University and earned a doctor of dental surgery degree at OSU College of Dentistry.

He is completing a 12-month advanced education general dentistry residency with the U.S. Army in Fort Benning, Ga.