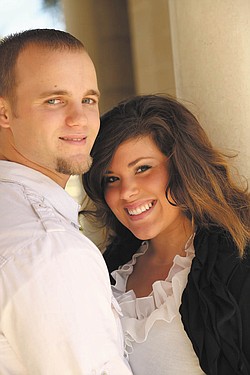 Taylor Cooper and William Romigh Jr., both of Southington, are engaged. Their parents are announcing their engagement.

First Baptist Church of Howland will be the setting of the ceremony June 7, and a reception will follow at Mr. Anthony’s in Boardman. Invitations will be issued for both.

The bride-elect is a graduate of Kent State University, where she received a bachelor’s degree in nursing. She is a nursing assistant for St. Joseph Health Center in Warren.

Her fiancé also is a graduate of KSU with a degree in nursing. He works as a nursing assistant at Trumbull Memorial Hospital in Warren.