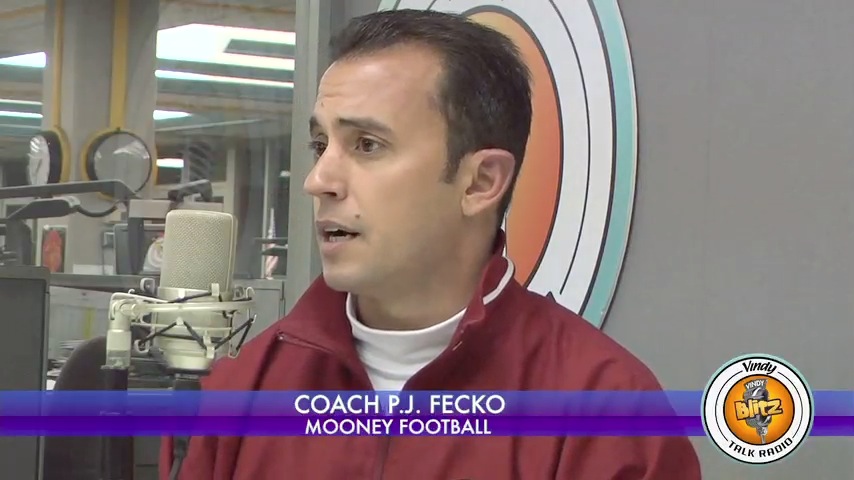 The Blitz Show on VTR: Week 9

Returning to the War at 7:30 p.m. to hear from Cardinal Mooney coach P.J. Fecko and athletic director Don Bucci.

Ursuline will face Cardinal Mooney 7:30 p.m. Oct. 25 at Stambaugh Stadium. The game is known to most as the "Holy War" and is one of the biggest games in the regular season in Youngstown.

Ursuline coach Larry Kempe and athletic director Sean Durkin will stop in to the Blitz Show at 5:15 p.m. Tuesday to discuss the game and the rivalry.

Making an appearance between our "Holy War" opponents will be Youngstown Phantoms assistant coach Brad Patterson and player Ryan Schwalbe. They'll stop in at about 5:45 p.m.

We'll return to the War at 7:30 p.m. to hear from Cardinal Mooney coach P.J. Fecko and athletic director Don Bucci.

As always, our sports experts will also look back at last week's players, teams and games of note in local football, as well as sharing what may catch their interest in the weeks ahead.

Go to vindy.com/blitz to listen to the show live. Videos highlights of each show will be posted by Wednesday at www.vindy.com/blitz/videos/.