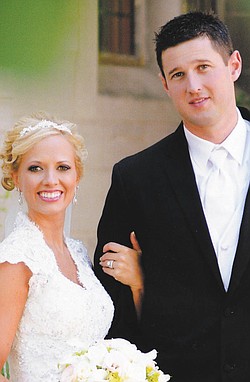 After a wedding trip to Aruba, the couple reside in Canfield.

Her husband received a bachelor’s degree in biology from Thiel College and a master’s degree in health science with a certificate in physician assistant studies from Cleveland State University.