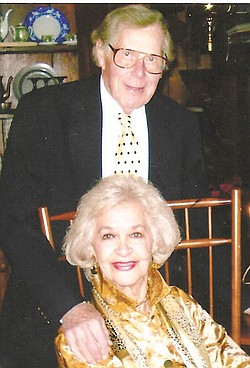 Their children are Karen Roberts of Westerville, Ohio; Warren McClurg of Canfield; and Susan Carmen of Cleveland.

The couple are members of Christ United Presbyterian Church.

Mr. McClurg retired as a sales manager from Bearing Distributors in Youngstown. He is a U.S. Air Force veteran.