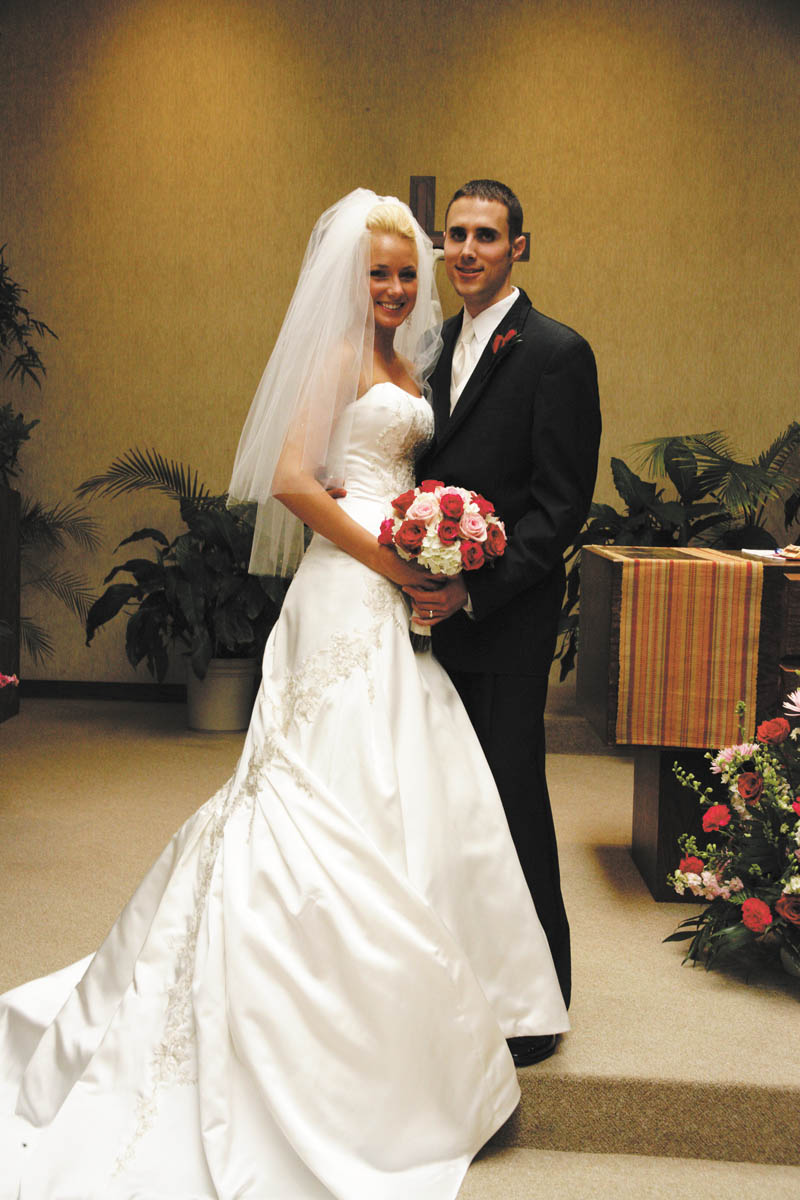 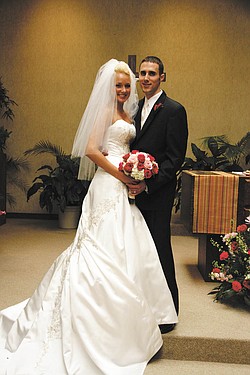 The couple received congratulations at a reception in their honor at Packard Music Hall in Warren.

The bride is the daughter of David and Lynne Fiest of Southington, and parents of the groom are Jonathan and Nancy Little of Bristolville.

Katie Paolini attended her sister as the matron of honor, and bridesmaids were Aimee Ifft; Brittney Campana; Marissa Tallman; Ashley Fiest, the bride’s cousin; and Jenna Little, the groom’s sister-in-law.

Mrs. Little graduated from Kent State University with a bachelor’s degree in biology. She is employed as a sales representative with AirClean Systems in Raleigh.

After earning a bachelor’s degree in nursing from KSU, Mr. Little is a critical care registered nurse with Duke Health Systems in Durham, N.C. He will complete a master’s degree program in nursing anesthesia at the University of North Carolina Greensboro in 2014.

After a wedding trip to Antigua, the couple are living in Raleigh.