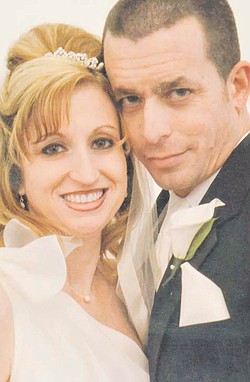 Western Reserve Village Chapel, Canfield Fairgrounds, was the setting of the Sept. 22 wedding of Brandee Bellino and James Osso III, both of Youngstown.

A.C. McCullough and Kelly Stevens officiated at the 4 p.m. ceremony, and a reception followed at the Saxon Club in Austintown.

After a wedding weekend in Pittsburgh, the couple reside in Austintown.

The bride wore an ivory single-shoulder gown designed with a bias-cut flange skirt accented with a rhinestone belt.

The bride received an associate degree in business management and accounting from ITT Technical Institute. She works in accounts receivable/collections for Dinesol Plastics Inc., Niles.

The groom attended Youngstown State University. He is a delivery driver for FedEx Freight, North Jackson.