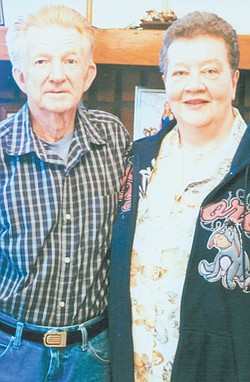 Family and friends gathered at Four Mile Run Christian Church in Austintown on July 21 to celebrate the 50th wedding anniversary of Gene and Charlene Mason of Austintown.

The couple’s children and their spouses hosted: Peggy (Mike) Laxton of Salem, Ark.; Karen (Greg) Porter of Niles; Gene (Sandy) Mason of Akron; and Tammy (Jack) Pittano of Austintown. They also have 12 grandchildren and 15 great-grandchildren.

A church in New Castle was the setting when the former Charlene Hartman and Mr. Mason were married July 21, 1962.

Mrs. Mason is a homemaker, and Mr. Mason was a fabricator for General Extrusions of Youngstown for 41 years and retired in 2005.