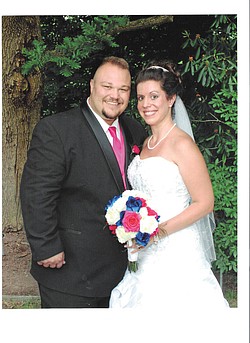 Monsignor John A. Zuraw heard the exchange of vows for the daughter of Thomas and Angela Gaul of McDonald and the son of Daria D. King of Poland and the late Robert J. King Jr.

A reception at The Embassy in Struthers honored the newlyweds. They honeymooned in the Poconos and live in Salisbury.

The bride’s gown of white satin with detachable train was detailed with a sweetheart neckline and corset bodice with re-embroidered lace, pearls, beads and sequins, which were repeated on the skirt.