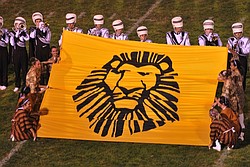 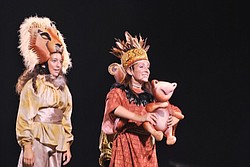 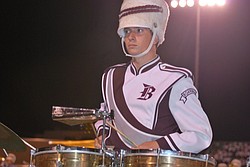 They started the night off with “pregame,” performing “Script Ohio” with senior Jaime VandenBosch dotting the “I.”

They played medleys from the Beatles and KC and the Sunshine Band. Senior Zack Stover was featured singing Michael Buble’s version of “Sway,” while senior Joey Amadio was also featured playing the auxiliary percussion on the same song.