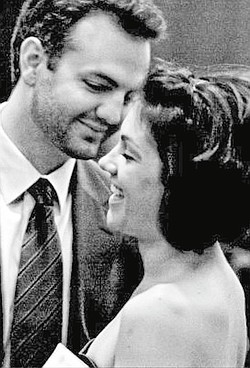 Plans for the engagement and upcoming marriage of Erin Elizabeth Wright of Chicago, daughter of Dale Wright of Girard and Judy and Rich Hideg of Warren, and Andrew Arthur Lothson of Chicago, son of Pamela and Gary Lothson of DeKalb, Ill., are being announced by the bride-elect’s parents.

She is an attorney for DLA Piper LLP (US) in Chicago.

He is an attorney for Swanson, Martin & Bell LLP in Chicago.